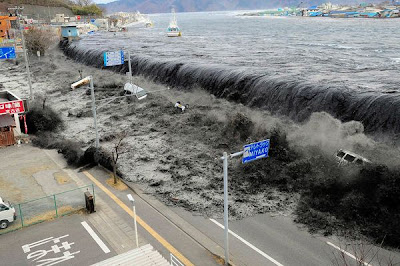 Stories told during reconstruction of Japan following the major earthquake and tsunami have involved the issues of spirits. The town of Ishinomaki has mixed feelings about the rebuilding. One shop owner believed that spirits were causing people rebuilding his store to become sick.

One taxi driver admitted not wanting to pick up riders in one deadly part of the city because he worried they might be spirits.

Experts believe that it is a natural step in recovery. With so many dying so quickly, believing their spirits linger help to put them into the realm of resting in peace eventually. There is a tendency for superstition and ritual to be on the rise to handle the anxieties.

Shinto priests have been called in to clear certain areas of spirits and help them move on. At Buddhist ceremonies, many leave offerings in memory of the dead to hopefully find peace.

Ultimately, the stories will be less and less, but in the future it can be expected that such a setting of mass death will become infamous, like Gettysburg or Auschwitz. The spiritual people of Japan will find a way to work it into their legends, superstitions, but also in their collective acceptance and learn to live with the ghosts of the past, even if those ghosts are the memories of trauma.