Photography: Rename It: Reframe It 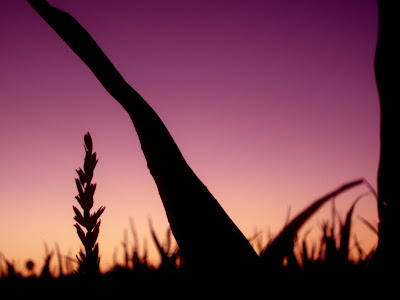 Corn fields are green and yellow, right? Not if you wait until sunset and take only a partial picture to give a glimpse and a hint of the entire field. Instead of taking a picture of a corn field, I reframed the scene by renaming it, "hiding in a cornfield at sunset." This perspective is a chilly autumn evening, the promise of a coming cold Halloween night. By naming your picture when taking it, you have just told a story. I could have taken a shot of a whole corn field, but we've all seen them. How many have hidden in the dark cool recessed as the sun leaves them in the dark? Show the viewer something vaguely familiar, but in a way they have never seen it. 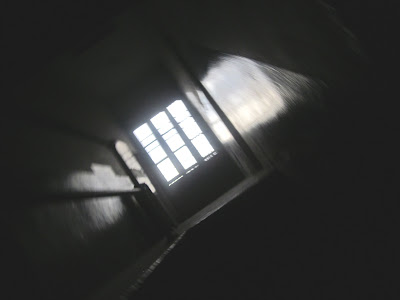 It was just an abandoned jail; rectangular walls, metal bars, occasional window. I could have recalled this place with straight on shots of a room with bars and a cot. That would be a shot of a prison cell, like thousands of others taken. What do I recall from this place? Tight spaces, hardly any light, feelings of desperation. Hence, the shot up the stairs of the only light--as seen by someone having claustrophobia. I called it "chased up the jail stairs." 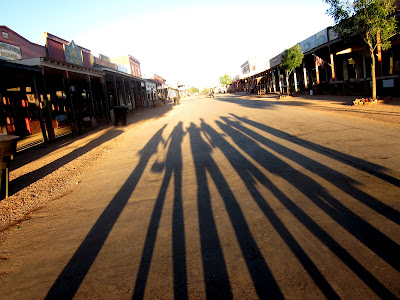 I could have lined the team up for a happy shot in front of a bar in Tombstone, but that's now how we would remember the trip. This is how we remember it, wandering down the empty street at sunset as if we were outlaws. It was hot. Our shadows were long. We ruled that town at that moment. Instead of "us in Tombstone" it was renamed and reframed as "Sunset in Burning Tombstone."

I hope I've helped y'all to think outside the box. To look at a place, look at the mood, tell a story with a photo. Decide on things, whether it's "bored dog on an afternoon" or "too tall building." Now, imagine the shots you would make with those titles. See? It's that simple.