Indie Horror: You Need To See

on February 25, 2012
"Spiral" A reclusive telemarketer, whose dysfunctional friendship with his boss is alleviated when a whimsical co-worker enters his life. But as he begins to sketch his new friend's portrait, disturbing feelings from his past threaten to lead him down a path of destruction. Starring Joel David Moore and Amber Tamblyn (Joan of Arcadia).


"Automaton Transfusion" In the early 1970's when everyone in America was worrying about what was going on in Vietnam, the Unites States Army was secretly developing a way to reanimate the dead. The hope was to have the dead fight instead of the living, but the experiments were shut down when the reanimated corpses were unable to control their hunger for human flesh. Thirty years later the army has decided to reopen the project. Grover City, because of its remote location, would be the home of their main testing facilities. Without warning the experiments go horribly wrong in Grover City and the DEAD are now on the rampage, eating everyone in sight.

"Splinter" Trapped in an isolated gas station by a voracious Splinter parasite that transforms its still living victims into deadly hosts, a young couple and an escaped convict must find a way to work together to survive this primal terror.

Of course, with all these fantastic indie films, especially zombie ones, a girl can hope some smart indie filmmaker notes an up and coming book in April entitled "Zombie Housewives of the Apocalypse." 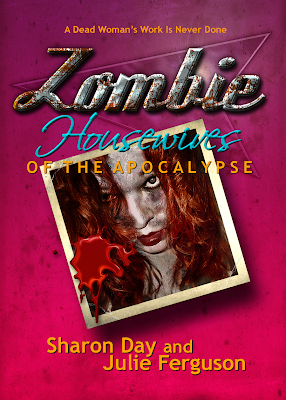