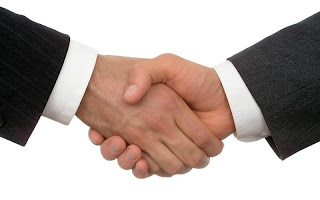 You can't be in the paranormal biz without noticing that others in the field can be proprietary, gossipy, backstabbing, and competitive. The same thing happens in the Bigfoot industry and UFO fields. But, when you put the three research groups together, you find something interesting--they often are not helpful to each other, even though they are not outright competitive.

There's some snobbery in each community. To a ghost hunter, the concept of aliens is ludicrous, Bigfoot would have been found by now. The only true unsolved mystery is the afterlife and phenomena which is reported more than UFO or Bigfoot sightings.

To a UFO researcher, craft from outer space has more evidence than any other phenomena and it involves governments covering it up. People are having encounters with researchers from other planets. That is as real as you can get. It is of this world and another world, but not the paranormal one, the universe!

Bigfoot researchers see chasing ghosts as a passive sport and based upon religious and belief systems about the afterlife. To them, often times, UFOs are nothing but known craft and unknown craft all from this world. Bigfoot is biological. It is something that could be caught and proven, unlike aliens and ghosts.

Interestingly, some open-minded researchers in recent years have been looking at an interesting trinity called "portals." This theory is that there are places around the world where for a limited time, sightings of Bigfoot-like creatures, UFOs and ghost lights and apparitions are seen all in one place.

I think it helps us all to open our minds to the other fields. I regularly follow BF and UFO researchers because techniques can crossover and events can occur simultaneously or in a certain region. It makes sense to help each other. I personally have experienced all 3 fields myself with experiences and they changed my attitude forever. No one area is a more worthy research avenue than another, but if we're lucky and we're supportive of information and conversations cross-fields, we can actually get a new perspective and we all win.