Sex and the Single Ghost Hunter: Falling In Love 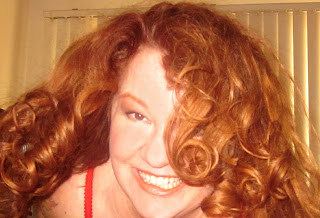 This is all still a mystery. I await falling in love at my ripe age. I still await a New Year's kiss I never got. So many things I missed out on. Mostly, just the romantic notion of having a man look at me with adoration and seeing him light up at the sight of me. I want to know what it's like to have someone tell me he loves me without having to keep saying it until he finally snaps it back at me impatiently or comments the dreaded, "luv ya" instead of "I love you."

I try not to have too many unrealistic romantic wishes at my age. It's not like I'm entering the single world fresh, young, and able to make a guy's head spin because his pants are getting tight. Most men my age are jaded, have had the love of their lives already, and the women broke their hearts.

I go up against the ghosts of their past, but who better than a paranormal investigator, huh?

I go at it like everything else, arms open, falling, catching the wind in my hair, and believing someone will catch me. It's worked when I left my miserable marriage. It worked when I built up my blog. It worked when I wrote and published books. Had I not believed I could have done any of those things and not tried, I would not be where I am today. I kept going even when the odds seemed impossible because in the worst case, I could stay where I was and in the best case, I could win a long-awaited love.