on December 22, 2011
Did you know that Neanderthals and Cro-Magnons interbred? The conclusion has been that Neanderthals were not a different arm of man, but were just another race of man. Europeans are the result of interbreeding and that delightful and special red-haired gene-- 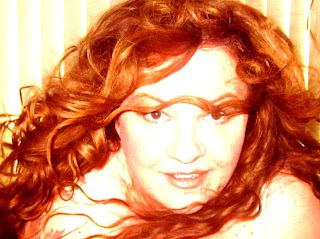 It's believed that early 1900s scientists interpreting the fossils of Neanderthal had a very biased and prejudiced interpretation of this version of man, seeing him as ape-like and brutish and a completely different divergence of man. Their stocky bodies were perfect for the cold climate in which they inhabited. It is estimated that 1-4% of modern European and Asian DNA is of Neanderthal origin. Pale skin and red hair might very well be a reminder.

(the new revised version of what Neanderthal looked like)

(Obviously, one of his descendants--Techno-viking) 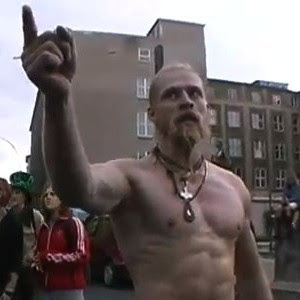