You Think You're Old? You Have Nothing On These! 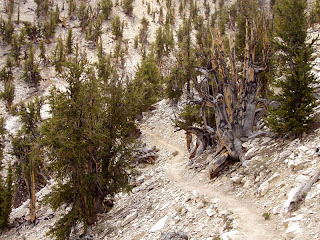 How about the oldest tree?

The Methuselah Tree is the oldest living nonclonal organism in our world! At 4,842 years old, here's what was happening in the world when it was sprouted: The four earliest civilizations - Mesopotamian, Egyptian, Indian, and Chinese - arose between c. 3100 B.C. and c. 1500 B.C. The copper stone age had begun. And, Stonehenge was built. The pyramids weren't built yet.

The tree is located in Inyo National Forest in California.

All those droughts, all the coming and going of population and civilization, all the rains and floods, lightning storms and earthquakes and still good old Methuselah stands.

How about the oldest person who ever lived?

The longest unambiguously documented human lifespan is that of Jeanne Calment of France (1875–1997), who died at age 122 years, 164 days 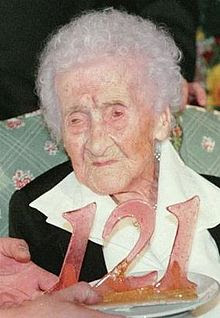 Yeah, some days when I'm feeling ancient, I really need to put that in perspective....