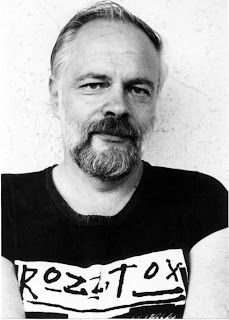 Philip K. Dick (1928-1982) lived to be only 53, but as is often found, it was not the length of his life that counted so much as what he did with the life he was given. If you haven't heard of him, you're probably not a huge SciFi fan. Those who know his name, credit him with amazing strides in our understanding of science and the hazy delineation with science fiction.

Speaking of himself in a journal, Philip Dick wrote, "I am a fictionalizing philosopher, not a novelist; my novel & story-writing ability is employed as a means to formulate my perception. The core of my writing is not art but truth. Thus what I tell is the truth, yet I can do nothing to alleviate it, either by deed or explanation. Yet this seems somehow to help a certain kind of sensitive troubled person, for whom I speak. I think I understand the common ingredient in those whom my writing helps: they cannot or will not blunt their own intimations about the irrational, mysterious nature of reality, &, for them, my corpus is one long ratiocination regarding this inexplicable reality, an integration & presentation, analysis & response & personal history."

If you aren't aware of this deep and troubled man's work, his writings were turned into these movies:
"Blade Runner" ("Do Androids Dream of Electric Sheep?")
"Total Recall" ("We Can Remember It For You Wholesale")
"Minority Report" ("The Minority Report")

The loss of Dick's twin sister soon after birth had a profound effect on his mind set. He grew into a troubled young man who was diagnosed with schizophrenia and other issues and subsequently told he did not have them. Was this man psychically sensitive and misdiagnosed? Much of his life involved precog abilities which explains his ability to write the masterful "The Minority Report." His writing themes involved concern about technology and hints of paranoia, as well as worry about android design. At one point, he had a premonition about his son and begged his wife to take him to the hospital because he had a hernia and he did, in fact, have one. Was it possible that with a twin in the grave, Philip K. Dick had an insight into the other side? The wisest people I know have lost many loved ones and with a gang on the other side, seem to have some interesting precog abilities (perhaps info being fed to them or simply an ability to be part in this world/part in another since a portion of them resides in their lost loved ones?)

There are many who believe Philip K. Dick to have been so far ahead of his time that he seemed otherworldly. He could not be defined by mental illness, substance abuse or other possibilities--he simply was a man who knew too much.