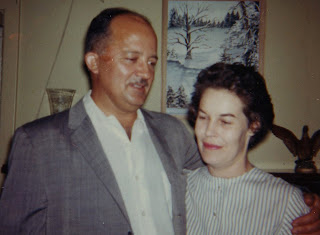 I'm intrigued by NDEs (near-death experiences). My father had one when I was 16. It was days before he died the final time. He had a heart attack and was dead for over 4 minutes when the paramedics brought him back with the paddles. As they rolled him out, he told me that he was on a fiord (he came from Norway) and his family was there and there were colors that don't exist and flowers that don't exist.

That stuck with me for decades.

Synesthesia is basically a confusion of senses in the brain. For some people with synesthesia, they can smell colors, see numbers as colors, hear shapes, or other variations. What is intriguing about it is that we consider these to be internal wiring issues. We don't usually see psychic skills that way, but people who say that the number 6 is yellow are truly messed up in the head, right?

Perhaps, just perhaps, they are seeing things in a dimensional way that we as humans in this 3D world here in this living experience cannot conceptualize.

My spatial synesthesia is something I use to store information including psychic information where I can retrieve it from outside of me from a spot in the universe to reevaluate it and then store it in that same spot when I'm done with it, like a sort of spatial file cabinet.

People with NDEs often report that coming back to this world means being part of a fake world, not the "real" world. We are disjointed from each other, the universe, and the way we are all interconnected. This is a sham world and the REAL world is the other side.

One night a few months ago, I had a dream. The dream was so unusual that it has not only haunted me, but I feel as if I had a near-death experience that has forever changed me.

What in the world could a dream do to impart the feeling?

Well, I've had plenty of night terrors, sleep paralysis, astrally visiting others in my sleep, intense plots, waking up speaking foreign languages I don't know. But this dream was so amazing, so life-changing that I had planned to never share it with anyone, but I feel compelled to share the knowledge.

I have a condition of facial amnesia. It's an annoying situation in which I cannot see anyone's face in my mind, even my own. I cannot conjure up my son's face, my parents', anyone! When I see them or myself, I recognize them or myself, but usually because of context, the situation they are in, their hair and dress, their voice. So, in my dreams, I have never ever looked at an actual face. Never even looked at that part of a person's body in my dreams because I cannot conjure a face. But, in the dreams I know who the people are instinctively.

So, I'm in an airport in my dream. My sister and her daughters are there and I am hugging them as if I have arrived to visit. As I go down the line and hug the last niece, I look over and there is my father. I haven't seen him since I was 16 and I have no way of knowing his face ever, but when I see him, I not only look at his face directly and know it's him, but I see every detail, from the flecks of color in his eyes, to the dimple in his chin, to the scar where a dog attacked him as a kid in Norway and the scar on his scalp. He says nothing. Just stares at me. No smile. I study him intensely, shocked that I'm seeing all of him, including his height compared to my adult height (I was still growing when he passed away). I can see every pore on his face, every hair, and the texture of his skin is intense. He's rather orangish looking, a color actually I cannot describe because it was a textural color (synesthetic?). In fact, my eyes can feel and gauge his texture and depth and it's as if he takes up space differently than those nearby. He is real and everything else is so insanely superficial and pretend.

In that moment, I not only know that I've experienced something in a dimension on a day to day basis I never had access to, but I realize as I look around the airport that I think I'm seeing the world, but I'm missing the "feeling" world. A whole different dimension is here with us but we cannot perceive it because its depth is out of our sensory abilities.

I got up from the dream and was never the same. I touched another world and realized a depth of perception and reality that makes our world seem so strangely unsatisfying and so impossibly slick and artificial.

So, is Heaven synesthetic? I would have to absolutely say so. Words were not necessary. Even though I hugged his form, I realized there were no boundaries as there are in our world in which electrons make it impossible to pass through other solid objects. There was no "him" and "me" there was coexisting.

Still, I cannot get out of my mind the image of his face, his presence, the strangeness of it, the texture of him being visual and visceral and it was if senses weren't necessary. I feel as if I went over to the other side and came back.

So, what do you think, is Heaven synesthetic?

**Get read--tomorrow is a new episode of LAUGH, this time poking fun at "Finding Bigfoot."**