Sex and the Single Ghost Hunter: What Do Boys Want? 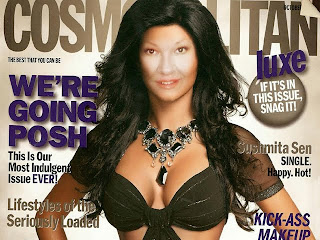 So, I'm out there in the single world 32 years after I exited it. When I stopped dating, I was still in adolescence. Boys took me to Burger King before we sneaked into a drive-in movie by hiding in someone's trunk so we didn't have to pay. My last official date? The prom. I won't tell you the year, but I vaguely remember that some idiot hired one of the kids from school's band that played super loud very hard rock music and no one could dance.

I'm guessing not much has happened since then. The singles world seems to be swamped with people desperate for sex. It's pretty ironic because when I was married for 26 years, I always thought my single friends had it made, got tons of sex, were exhausted with their social calendars. Not so, apparently.

So, imagine you are single and middle-aged male. Put the top 3 qualities a woman MUST have in the order of most important to lesser.

Girls always have lists of the ideal man, but honestly I was always the girl who just waited for a boy to like her and then was happy someone noticed her. I never asked what I wanted. I didn't dare hope for it. I think my parents set me up for it because they were the single worst gift givers in all the universe and, in fact, forgot my birthday many times. I knew that it was silly to dream, it would never happen. But, now that I'm older and wiser, I thought I'd put my list of qualities in order of importance.

When I wrote this, I had to laugh. Basically, liberals are intelligent and funny, not taking themselves as seriously and close-minded as conservatives and not scared of knowledge either. So, I wondered technically if "liberal" should top the list because the rest were "givens" which would allow me to add "taller than 5'8" and "likes horror." I know, I know, I should have sex-a-holic on the list, but I feel confident I could give him the stimuli to become one.

Are you wondering what I feel about looks? I'm like most women. When a man has chemistry with us, he treats us a certain way and he's fun and a pleasure to be with, he becomes the most handsome man we've ever laid eyes upon. Plus, we generally do not trust beautiful flawless men in the least. Character and battle wounds are so much more attractive than baby faces and dimples. One screams "man!" and the other whispers "boy!"

Now that I have a vague sense of my ideal man, I'd appreciate learning your top 3 qualities in order for a female. If I'm lucky, I might have one of those qualities, as my readers are pretty much an example of what I'm looking for, I'll know I'm drawing in the right crowd.