New Point-Comfort: A Southern Tale of Haunting Part 1 of 3 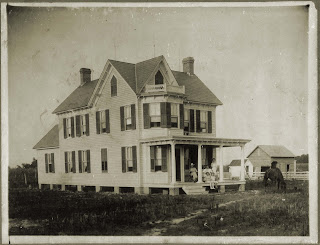 (Above: Old vintage picture of the summer home in New Point-Comfort, a quiet town on an inlet of the Chesapeake Bay near a dock on a place called "Doctor's Creek.")

(Above: Not much different when we owned the place)

My father was retired from the Navy, having been in the Asiatic Fleet during WWII and Korean Wars. He was a water-loving boy from Norway. He needed to be on the water. So, my parents found this charming Victorian home on the southern part of the Chesapeake in Virginia, complete with a dock and a 37-foot cabin cruiser called the Vixen II. 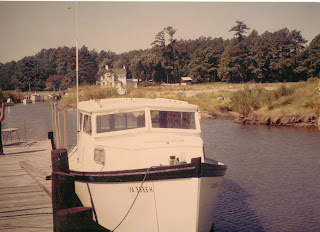 The home was interesting. It was on some stilts which was a good thing because a few times we went down to board up the home for a hurricane and ended up having to sit it out inside.

When we bought it from a well-to-do older bachelor, he let us having the contents of the house too which was furnished with amazing antiques and a library filled with books from the 1800s. The floors were all yellow pine. Downstairs, there was an entry way with a stairway, a library, a large living room, a big kitchen and a bathroom. There was also a long screened in veranda. Upstairs, there were three bedrooms, one of them an odd shaped one inside the "turret." 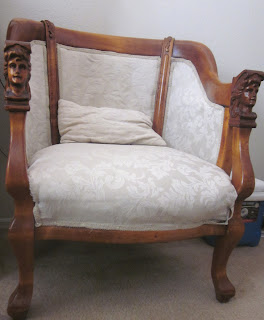 I kept the "Captain's Chair" supposedly carved by a sea captain in the 1800s. This gem sat in the library room where I would curl up on a rainy day and read the ancient books. In fact, I kept my favorite book from there, as well. It was the only children's book and used the term "soused," which for a kid I put into context of the character and figured he was mentally handicapped. 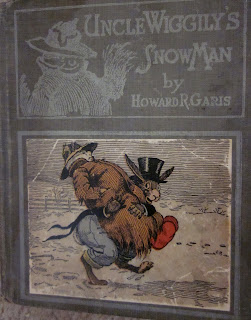 We would come in the springtime, plant a vegetable garden in the rich soil and go back home. When we came back in the summer, the garden was filled with abundance, there were pecan trees and us kids would rush to the docks to drop crab traps with chicken necks in them to catch blue crabs.

At 4 in the morning when the tide was low, father would wake us kids up and we'd pile into a rowboat with a lantern on the bow. We'd be sleepy and yawning but excited to go on an adventure in the dark. He'd row us way the hell out in the bay and we'd jump overboard into 3-foot deep water and walk around, feeling for clams and then dive down and get them and fill up the floor of the boat until sunrise.

It was there in the pitch darkness of the bay that we would hear the woman. She would call out one word, it sounded faintly like a name she was calling. A name that ended with an "ee" sound. We debated what she was calling. My father would gesture and we would all stand there in the warm bay water eyes darting all around us to figure out where the voice came from. There was no rhyme or reason. She would repeat it a few times in a row, be silent for minutes, yell it once, then nothing for 15 or 20 minutes. One time, father had us pile into the boat and we sat there listening until the sun rose. None of knew where this mysterious oyster beds were located. We always left in the middle of the night. When the light came up, we realized we could only see the tiniest hint of some land in the far off distance, a jut of land we knew was marshes and held no homes.

Later, stories came back to us through fishermen in the area that the woman's voice could be heard all over the Mobjack Bay area and it came from all directions, all times of the night and sometimes the day. There were plenty of maritime stories about it, but no one ever knew who she was or why she called out. One time, we all attempted calling back, but it didn't provoke her in the least. Apparently, we could hear her, she could not hear us. 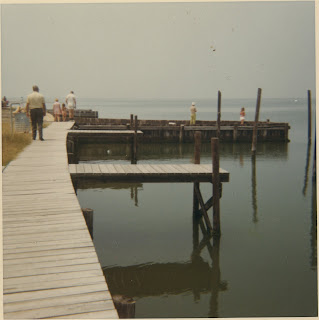 This kind of living off the land attitude was important to our parents. They grew up in the Depression Era and knew how important survival was. Ironically, this lifestyle got me very attuned to the earth and healthy eating habits. They wanted us to have a rich childhood, but one that was grounded to the earth and not belongings which was why they never bought a TV for the house and did not buy toys for us as children. They wanted us to be resourceful. I wasn't thankful when I wanted a Barbie Corvette, but I am so thankful now.

With no radios or TVs, so us kids would go out on crazy adventures along the sandy roads of the backwater area. It was desolate and quiet and sometimes we'd play on the boat while father pumped the bilge, trying to get the poor boat running, or we'd play in the cemetery across the sandy road from the house, or perhaps go out to the abandoned lighthouse on an island and play pirates, but those two places are better left in the next two entries of this series over the next two days...