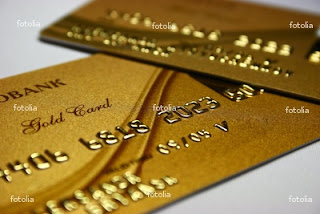 The Theory of Electronic Conspiracy is said to be a variant of modern New World Order conspiracy theories. The theory consists of the belief that a secret group has attempted for centuries to reach worldwide dominion, even if the result by design would be world destruction. According to this theory, the worldwide dominion has been planned from antiquity and follows the following phases:

1. The substitution of precious metal-based coin currency by paper currency. This process began in the Renaissance, with the beginning of the use of tickets which allowed for people to have a tangible good (such as silver or gold pieces) by paper—a more virtual, but comfortable, medium which the state was committed to provide the equivalent amount of precious metal if such was required.
2. The appearance of virtual money, with credit cards: money approaches wholly virtual status. Money is no longer a tangible paper- or metal-based object but rather a series of numbers recorded in magnetic stripes.
3. The proliferation of Internet and Electronic commerce: credit cards are no longer required in order to purchase or sell goods and services from an Internet-connected computer.
4. The concentration of the worldwide bank into few hands, by means of continuous international banking fusions.
5. The worldwide implementation of an electronic identity card.
6. The great worldwide blackout. A tremendous disaster will take place when, after a great electrical blackout on a planetary scale, the data of all electronic accounts erase simultaneously. After this event, chaos and poverty will immediately ensue throughout the planet; and civilization will revert to its primitive forms of slavery to survive. This is the last aim of the “secret organization” which has spent centuries guiding this process. The worldwide blackout will be preceded by partial blackouts that would only be tests and “signals” to communicate that different phases of the process are being fulfilled. An example of these partial blackouts would be those that have been produced almost simultaneously in different parts around the world; and, at the beginning of the 21st century, shortly after the September 11, 2001 attacks: the blackouts in the United States, Canada, Australia, and the United Kingdom.

There are some some conspiracy theories that bend your mind, like the "evidence" we didn't land on the moon. After watching for about an hour on video people debunking the moon landing, you actually find it sounds conceivable. Then, there's conspiracy theories that give you chills of premonition because they're already happening and you didn't have to bend your reality to foresee it. This is one of the latter.