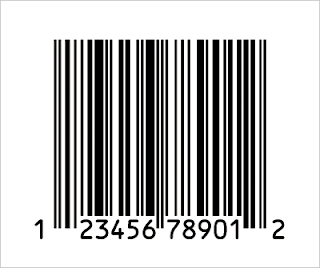 This is a new Tuesday series. We're going to focus on some lesser-known conspiracy theories.

Some conspiracy theorists have proposed that barcodes are really intended to serve as means of control by a putative world government, or that they are Satanic in intent.

Mary Stewart Relfe claims in "The New Money System 666" that barcodes secretly encode the number 666 - the Biblical "Number of the Beast".

This theory has been adopted by other fringe figures such as the "oracle" Sollog, who refuses to label any of his books with barcodes on the grounds that "any type of computer numbering systems MANDATED by any government or business is part of the PROPHECY of the BEAST controlling you."

"The Prophet John identified this Cashless System of Commerce 1900 years ago as one in which business would be transacted with a 'Mark' and a Number; the Mark will obviously be a Bar Code; the Number will be '666;' the combination of the two, about which you will read in this book, will be an integral part of the '666 System'. . .

RECEIVING OF ONE'S OWN VOLITION THE MARK (BRAND) IN THE RIGHT HAND OR FOREHEAD; which I believe will be a Bar Code facsimile incorporating a concealed use of '666,' unintelligible to the eye,. . ." Mary Stewart Relfe, The New Money System 666, 1982, pp. xii, 206)

So, what do you think? Are we headed for hell? 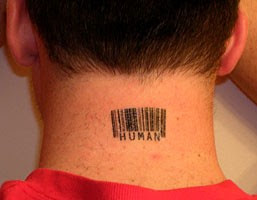