Ghost Hunting in a 3-Dimensional World! Our Team POE 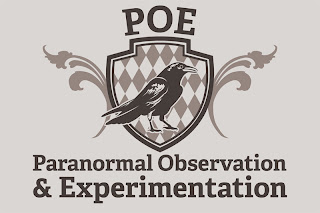 I'd like to thank Red Shoes for being yet another intelligent blogger who brought up a subject that made me think about an avenue of ghost hunting I haven't shared with ya'all much.

Since starting a new group called POE (Paranormal Observation and Experimentation), I've begun thinking outside the box even more about ghost hunting. Oh hell, y'all know I was outside the box before, now I'm kind of outside the known universe (which is technically the right location).

We have a list going of theories and experiments that could be pursued. One of my preoccupations at this point is with space. Not outer space. Just 3-dimensional space. We think of ghostly activity in terms of this; I'm standing here and across the room something sounded. Me: Here/Ghost: There. What we're missing in this scenario is all the negative space in the room. We need to fill that space in so we can discern movement, currents, formations, coalescing, et cetera. One experiment I would like to do is in a sealed room with no air flow or human movement, piping in fog and colored lighting so we can discern if something is disrupting that space. 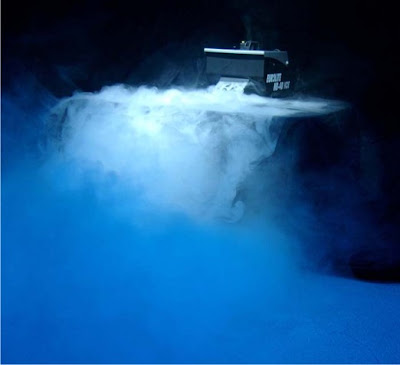 I was considering the potential use for Kirlian Photography (you know, aura photos). On a usual Kirlian photograph, you have a person place their hands on metal plates that produces an electrical impulse and then reads the electrical "corona" around an object (the person). In the case of ghosts, putting their hands on metal plates might not cut it, but if we created a sort of upside down handle to dangle in the room with conductive metal strands hanging from it, anything that passes through it with conductive potential creates a coronal discharge that can be seen on the screen.

We can make some assumptions about the phenomena if we know what its properties might consist of, whether that is mass or electrical.

The objective of our group is to come up with new and unusual ways to start observing and experimenting with phenomena and one of those ways is to adapt to each situation with a different game plan and to start thinking outside our known universe.

Oh,and my ghost hunting vest arrived in the mail and I just had to pose in it. It's perfect! I can hunt in the dark and not fish around for my equipment. I'll know just what pocket everything is in and it's mesh--so nice and cool. I do promise, however, to wear a shirt under it! More on this vest on Sunday's post!