My son made this film for his senior year at ASU. His themes in art are all about memories and abandoned places and the blight on old boomtowns. This was taken at Desert Center in California and he used some interesting techniques to get the look. He wanted to do it with his 8mm camera but developing would take too long, so he found out something you often find in art, if you run into a roadblock it can take you to wonderful places. He filmed, edited, and made the sounds for the video. The idea is sort of an old home movie feel of visiting what was supposed to be a huge boomtown and visiting it like a tourist even though it's all dead. It's very haunting and at times I wish I could put my eye to the eyepiece and see it all, but that's part of the charm--it leaves you feeling like you had a strange dream...

p.s. He's always fantastic at naming projects. He looked it up and during the dustbowl era, they planted a plant call the tamarisk because it held up to the dustbowl, but it eventually took over like kudzu does in the south. I thought it was a great name

In Julie and I's series of abandoned books, the next will be vanished cities. I just did a post about Salton Sea where we want to go and this location, Desert Center, is our other choice for the book.

The place has such a whacked-out history, you should just read it here. 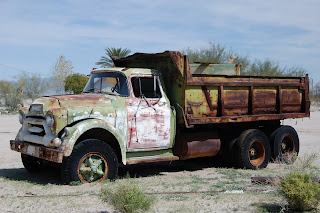 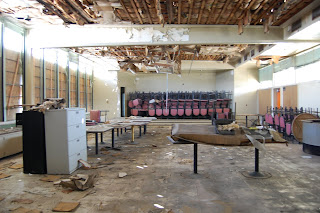 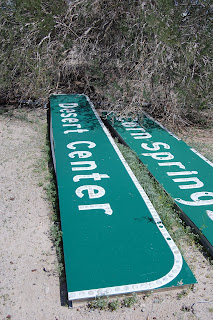