UFOs and Ghosts: Lots in Common 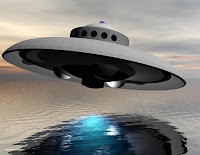 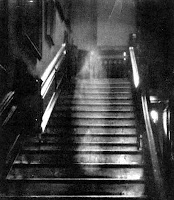 UFO's and ghost hunting; both paranormal focuses, but really very very similar in how we go about tackling them.

Explanations for UFOs:
Airplanes/military air vehicles/drones/helicopters
Misinterpreted stars in the daytime sky
Reflections of things on the ground
Clouds
Earth lights
Sprites/jets in the atmosphere
lightning

People who have had encounters with UFOs and ghosts are often ashamed, baffled, their logic is twisted in knot. They don't want to admit it, but they seek answers incessantly by either looking for more UFOs or ghostly encounters.

Both encounters have nearly impossible to prove roadblocks. You can photograph, record or film UFOs or ghosts and these modalities can be shot down by skeptics.

What intrigues me the most about UFOs, ghosts and even Bigfoot is that all three have been blamed on interdimensional visitors. What makes that even more intriguing is that there are places in the world where these things happen in clusters; UFOs, ghostly activity and Bigfoot sightings in short-lived hot spots that change frequently. Should all be explained by a portal for interdimensional beings, it would put a bunch of paranormal activity into one basket.

I have to admit that it's rather funny to me when UFO followers laugh at ghost hunters who laugh at Bigfoot hunters. We truly are all in the same trek, facing the same issues and tossing around the same theories. We might actually help each other more than we realize.