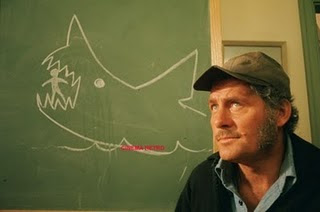 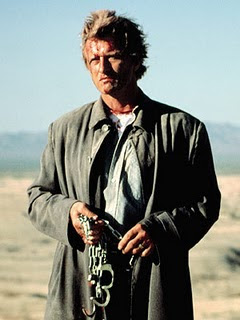 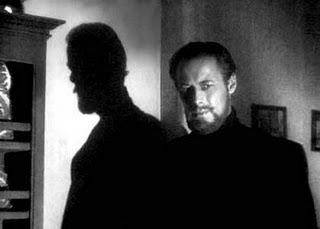 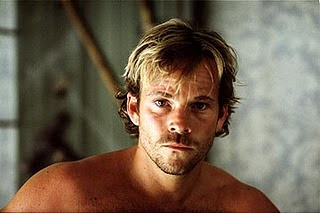 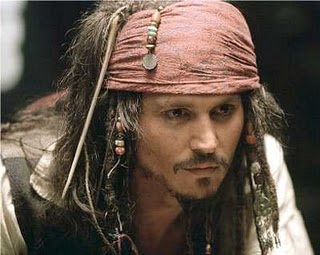 Yeah, it’s true; there are bad guy characters in film that also happen to be terribly sexy. We know a lot of the typical ones that aren’t even worth mentioning, like vampires and werewolves, but here’s some of the unexpected finds:

Quint, the potty-mouthed, sailor ditty singing, hunter of the shark in “Jaws” was played by Robert Shaw quite brilliantly. What did a shaggy-haired, rough-bearded, scarred, and rebellious sailor have to offer the female species? A body of expertise and experience, sparkling blue eyes, and a rolling dialect that made a woman wonder what he’d seen in the ports he stopped in during his long career. He didn’t seem to want or even like anyone, which made him even more intriguing and challenging.

“The Hitcher” in the 1986 movie played by Rutger Hauer. What? A nasty killer? Well, it surprised me too, but when I confessed to friends that he turned me on (and not my usual kind of guy because he's fair-haired), they actually giggled and admitted he was sexy. We thought maybe it was his eyes, but even more attractive is the fact that you never really know where he came from, what he wants or what he will do next. He represents the unknown.

Captain Daniel Gregg played by Rex Harrison in the 1947 movie “The Ghost and Mrs. Muir.” Talk about a salty, naughty-mouthed sea man-this character had the corner on the market. He was intrusive, prickly, set in his ways, didn’t understand the female sex in the least, and yet was quietly humbled by a gentle voice.

You know I’m going to have to name this one, Johnny Depp’s character, Jack Sparrow. Drunken, lecherous, self-absorbed, careless and inept, yet women can’t get enough of the eye-liner wearing, unkempt pirate. Huh? Well, part of it might be the hair and the dialect. The other part is the simple promise of a fast tumble and forget you, please. Yes, even girls appreciate that fantasy. There’s also something terribly attractive about the roving eyes of a lech when it’s not done in a creepy backstreet flash-you-in-my-raincoat kind of way, but the way that sums a woman up from head to toe and a pleasant little smile of promise on his lips, or in Sparrow’s case, a pat on the fanny.

I’m very curious to see who you find to be the yummiest bad boy characters in film. I won’t even get into TV guys—there’s a lot of naughty boys nowadays from “Mad Men” to “Dexter” to “Nip/Tuck.”