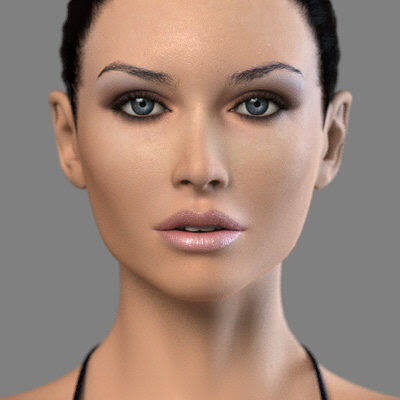 Yeah, I'm a freak. I was born with two left earlobes. Not so freaky, but then I'm also psychic and synesthetic (oh yes, that's for another post following this one). As well, I have a variation of the condition called prosopagnosia or “facial amnesia.”

This is a condition in which the ability to recognize a face is impaired. Sufferers may use clothing and voices and postures to know who the person is. They also often suffer from the ability to understand facial cues, like emotions and expressions. Jane Goodall is actually a sufferer of this. Imagine meeting someone and not knowing you have met them before or not?

What causes such a condition? Some times it has occurred to people with brain injuries and other times it appears to be genetic.

My variation of this disorder is the inability to picture anyone I know's face, even my own. I don't know what I look like until I see a picture of me or see myself in the mirror, then I recognize me. Even my own dear son and loved ones, I cannot picture their faces at all in my mind no matter how much I study them. When I see them, I recognize them, but I do not carry their images with me. This is very ironic considering that as a psychic, I often pull up images of people other's know. If I study the image long enough, I can see more and more details but the face as a whole means nothing to me, only the parts are recognizable. It makes for an interesting life, as when I run into people I love, I feel almost as if I'm meeting them for the first time.

Those with the full-blown disorder know that it can be hard to recognize movie stars or television characters. Once they hear Michael Scott on “The Office” speaking or sitting in his office, they know it's him. This inability to memorize a face is even more interesting when you realize that people with this disorder have no trouble recognizing objects and other things, only faces are amnesic for them.

The next post will include synesthesia, another bizarre disorder of which I suffer. I'm a freak and you always knew it. I think you'll be surprised to see how common that disorder is and I have a theory it actually helps in my spatial gifted qualities and my psychometry talents.