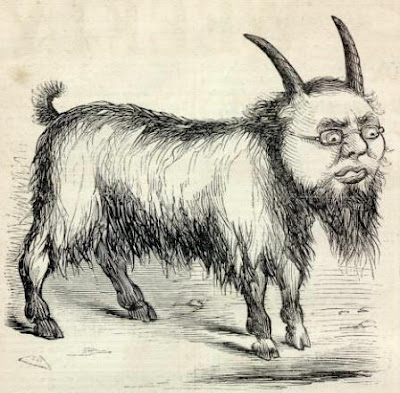 In working on my “Was That a Ghost?” book, I had to set aside a section just to discuss this phenomenon. No, it's not paranormal, but it is abnormal.

It has come to my attention over the years of house calls and interactions with people contacting me about their ghost problems that there are occasions (and not that infrequent) when people use ghosts as an explanation for other more weighty issues in the home.

One woman, had a bad marriage after buying a home that was way beyond their means. Her husband began working overtime, acting remote and being irritable. She didn't want to think he might be overstressed or having an affair. Instead, she started to notice noises when he left home for work. She focused on his behavior and was certain the house was haunted and somehow affecting his behavior.

Another family had an angry rebellious teen but the focus on anything out of place had them all focusing together as a group on the haunting. This brought a family together in a single purpose that was them against “it” instead of dealing with the real issue, that their daughter felt she couldn't live up to their exacting standards and as an only child she was weighted down by the responsibility.

A middle-aged man had trouble getting a job after getting laid off. With time at home and lots of anxiety and worry about finances, he started to notice he couldn't find things. He'd put them down and forget where they were. Instead of blaming it on his distraction with other matters, he decided to check into the history of the house, interviewed neighbors about the previous occupants and eventually worked him up so much he was afraid to sleep at night because of sounds and was certain they were ghosts.

Figuring out if a ghost is a scapegoat can be easy if one does a good investigation of the timing of the events in relation to any dynamics in the family or changes in family situations, whether work, financial, relationships or illness. Probing just how they began to notice it, who began to notice it and how much the other occupants are involved in the process can shed some light on it.

It's not necessarily a healthy way to handle life's issues, but it's not at all uncommon for families and individuals to look for a distraction from a real issue they don't want to face. I've seen people fall into goo-goo love and forget the rest of their lives and focus on the feeling from the new love interest as a way of escape. I've seen people seek alternative health remedies, vitamins and rigid diets to make things better. I've seen people search for escape in bottles of liquor and drugs. Ghosts as scapegoats is not that farfetched and if you watch any episodes of “Paranoid State” (okay, okay “Paranormal State”) you have seen some families who use ghosts as scapegoats.

It's not an easy task as the counselor in these situations. You can't exactly hit them in the face with this dysfunctional behavior and expect them to be happy you said that they're all messed up and it's not a ghost. Instead, it's a little like dealing with a child at the checkout stand who notices the candy for sale. You divert attention.

If a good counselor opens up about issues going on in her own life, share the up's and down's of marriage and parenthood, she can discuss that making a strong family makes a better front against anything that might be attracted to the dynamics. Discuss ways they can come together on a project that will strengthen their connections as a family unit. I often suggest time out, vacations, garden projects, renovating a bedroom or family bowling night. It's crazy, but if they just throw themselves into the real world, the spirit world explanation becomes less important.