My Books: A Teaser 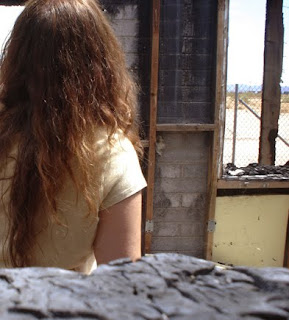 As I was working on all three books at one time (mind you, there's actually 5 more planned out; 4 for the abandoned series and another one on shadow people), it dawned on me that ya'all read the blog and know me pretty well by now. Maybe you might let me know if I'm on the right track. Mind you, these are unedited pieces, as written in raw form. Right now, I'm just getting the ideas down. The fun comes with editing later (something I actually equally enjoy).

"Abandoned Places: Abandoned Memories (Desert Edition)" is at the publisher's right now being pitched by the editor. Fingers crossed. This is a book Julie from Above-The-Norm and I are working on together and part of a 5-book series. She photographs abandoned sites we go to and I do a psychic read on a person who was there in the past and write up a scene. Here's a sample from the chapter on an abandoned motel. 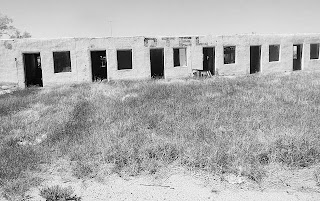 Joelle was very adept at shoplifting but her choice of items to steal was like the men she slept with; indiscriminate and purely based on a whim at any given moment.

Apparently, today she raided a Circle K on the aisle filled with cat food, can openers, paper cups and tin foil.

“What the hell is this shit?” Mike tossed aside a bottle opener.

Joelle slid down onto the bed and sighed, leaning against the headboard and studying her afternoon’s work. She bit her lip and looked up at him with big pleading eyes.

Mike ran a hand through his hair and took a slow breath. He could swear the woman wasn’t 42. She seemed younger than his 29 years any day. Sometimes, she was so childlike he felt responsible for her and that did not sit well with him. He entered this turbulent relationship with the assumption that she was older, wiser and had a plan.

“Baby, we can’t do shit with this.” He tossed aside a chewy dog bone. “Why would you pick that up?” He gestured.

She shook her head and looked down, her dark roots showing. “I don’t know. I just wanted to get a dog.” She sighed.

“A dog?” He chuckled hopelessly and got up, pacing the floor and testing the air-conditioner again. God, he hated the fucking desert. Why had he let this woman pick him up in a bar in Houston and have him zigzagging the Southwest with some promise of going to California? It had been four weeks and they were plenty close enough in Arizona. Why was she putting it off?

The next book I'm working on I plan to put on ebooks. It's called "Was That a Ghost?" and helps people who had something unusual happen to them, figure out if it was paranormal or not. I get asked this question the most from people and I have a method of quizzes and narrowing things down to help them figure out it was ordinary or extraordinary. Here's a sample:

QUIZ:
I see an odd light in the sky moving in a strange way, giving off no sound. My first thought is:

a. It’s just a plane or helicopter too far away to hear yet. Everything in the sky is explainable and man-made. I ignore it and move on to other more important things. I feel indifference.
b. Watch it for a while, trying to figure out what it is. Once I run through all the usual culprits and it doesn’t seem to fit, then I still figure it’s something explainable, but I just don’t have the explanation right now. I feel bewildered.
c. Watch it for a while, run through the usual culprits and when it doesn’t fit them, I assume it’s a UFO. I feel excited.

Explanatory style is the way in you which you explain what happens in your life. This determines your emotional reaction. You cannot have an emotion without first having a thought.

The other book I'm working on is also planned for ebooks. This is called "From Fledgling to Full-Fledged Psychic" and this goes on the absolute belief that everyone has a psychic inside and simply needs to work the muscles. Whether you're someone who gets a feeling someone is going to die and they do, knows who's on the phone when it rings, or has a dream and it comes true, we all have it and it just takes practice to go from one of the 5 categories I discuss and become a conscious and practiced psychic.

Psychic skills are exactly like playing basketball. We can all make baskets, but only if we stand on the court and shoot all day long until we know just how much force to use, just how to hold our hands on the ball, to judge just how far the basket is. There becomes a feeling in body and mind when we know that the ball we just released will make it into the basket, it’s a sense of “knowing” and that it is “absolute” or “a done deal.” That feeling in our mind and body is what I want us to tune into as we move forward with this book and you learn how to develop your skills. A great shooter has a feeling of fluidity and an internal dance with body and mind that makes the basket target just an extension of his fingertips.

We could all be great shooters, we simply do not spend the time on the court. It’s there, but it’s in latency.

Writing is second nature to me. I don't ignore the ability. It's why my blog is so prolific. Some people are just damned good at predicting the winner of a football game or throwing darts or making a perfect souffle. I write. Only problem is, I write as a second job after the full-time one. Some day, oh some day, I will write full time. Watch out then. I suspect I may have as many books as my mentor and dear friend, Gregory Branson-Trent. We will all be very busy when that happens.