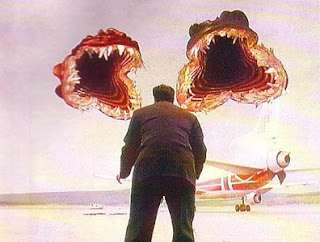 Okay, not a thrilling week at all, but remember this—“Destination Truth,” “Beast Legends” and “Ghost Adventures” are starting their seasons VERY soon!

Oh, and you know those major changes I talked about in my post recently, well they’re happening sooner than I thought. This week will be insane for me and into Labor Day weekend when I will be moving to a new nest that is absolutely amazing. I hope to do a vlog from the new location when I’m settled in Labor Day weekend with a picturesque backdrop. Thereafter, without any indentured slavitude as a wife and homeowner, I will be putting amazing things into the blog, so expect it to evolve from after Labor Day going into Halloween season! In fact, tomorrow Dale has done a video talking directly to ya'all and I think something has changed in him, something dark and disturbing. Expect from now until Halloween to be full of creepy surprises from him and from the posts.