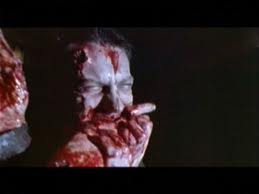 Hope you like zombies. This one's pretty short. I wrote it recently. Enjoy!

He couldn’t bear to be in the same room with her for more than 10 minutes. Peggy studied the dinner plate as if it were the most interesting thing in the room, even though she pushed the food around it aimlessly. The only control the woman had in her entire life was her oral intake and she exercised that obsession without any intervention from Jason.

He got up and stretched and yawned. He was beat and would probably tinker in the home office, hopefully get a couple messages off to Candy and get his titillation for the evening. It was the only thing that kept him going any more. And, the woman was willing to wait which was a lot to ask since they had be playing this side game for four years now.

Peggy’s father had a stroke and it had slowed him down. Jason lurked on the sidelines waiting for the man to finally retire and let him own the business as he promised him upon marrying Milton’s daughter. Jason would be certain the man signed the business papers before he happily announced his divorce plans.

Like every evening, Peggy went to the TV, sat down and stared. He wasn’t even certain she knew what she was watching. That vacant look had become her usual expression. She pretended as if he wasn’t in the room and later he would go to bed, her body already firmly hugging the opposite side of the bed and not even a murmur of “good night.” It helped his conscience to know they’d grown this far apart. It would make filing for divorce seem like the obvious conclusion.


She looked like hell. He recalled her mentioning feeling poorly yesterday. Jason gave Peggy lots of room, steering clear of her, afraid that the dark circles under her eyes and red crusting on their rims was contagious. Her skin was pale, her hair dragging down without the usual manicured styling.

Her movements were mechanical as she walked to the back of the house. Jason looked around the kitchen. No dinner. Oh, he was in the dog house, all right. It was her subtle way of saying he hadn’t been paying her attention. He’d have to do his duty tonight. He couldn’t afford her divorcing him before he had the company in his legal rights. However, there was no way he was kissing those crusty lips. He shivered inwardly at that notion.

He wasn’t even certain why she would just lie there and let him use her body. The woman had deprived herself of all pleasures from laughter and wine to food and sex. She was only mimicking the living. He couldn’t imagine her ever becoming angry enough to throw something or yell at him, but damn he would have respected her for once!

There was no avoiding her any longer. He heard Peggy shuffle into the bedroom and plop down on the bed. He followed her in and dimmed the light. She liked it dark and whined about her imagined body fat, but he needed a visual for sex. He always got his own way. She had no will at all. It was attractive at first and now he just wished she’d show some spunk. It was impossible to respect a woman who was essentially dead inside.

Feeling his way under the sheet, he touched the edge of her tank top. He pulled on the strap, gliding it down the sharp angle of her shoulder. If he seduced her as if he wanted her, divorce would seem quite unbelievable. No, he should approach it clinically. It would be enough to show he was still a husband to her, but not enough to make her romanticize that he desired her.

Jason slid himself beside Peggy as she let out a low husky growl from her throat. He stopped for a second, thinking she was about to sneeze.

He pulled her onto her back. The hair covered her face and she made no motion to remove it. He lifted his hand; flicking back the over bleached hair. Her eyes looked strangely opaque and pale, the pupils enormous against them. God, he hoped it wasn’t contagious.

Jason held his breath and studied her pale skin and cracked bleeding lips. She seemed to be looking at him but not seeing him. He looked to the bedside table; secretly hoping this time she took too much medicine. He wasn’t the killing type, but if she was stupid enough to take too much of her sleeping pills or anxiety drugs, he wouldn’t feel bad about it.

Everything remained in place. He leaned over her, his hand reaching for her bottoms to ease them off her jutting hipbones when she jerked forward, wrapping her lean arms around him. Her mouth made contact with his shoulder, an aggressive move she had never done before.

With a loud chomp and a searing pain, Jason jerked and thrashed to get her loose as her teeth tore into his flesh. Desperately he shook at her frail body but her strength was unrelenting as she took another bite and another, blood oozing down in a hot trail to soak into the sheets around them. He screamed and pried wildly, his hands digging into her hair and working to yank her head back, but she was fixed on his shoulder.

The sound of tearing muscle followed numbness down the left side of his body and complete inability to use his arm to pry her loose. Helplessly, he fell to the side and she planted herself atop of him, mouth still affixed to him as the joint loosened from its socket and his shoulder fell limp and useless.

Barely conscious, Jason’s head lolled to the side and he moaned weakly as she tore into his biceps with a growl.

Before the numbness overtook him and the weakness from the lack of blood, Jason’s eyes focused on her tearing apart his arm into rubbery grisly bits like a ravenous freak.

In that fleeting moment, he oddly wondered as blackness engulfed him, if perhaps this was what she was starving for all along. A glimmer of respect shined in his glossy eyes as they became fixed and dilated.