This week in horror movies and paranormal TV 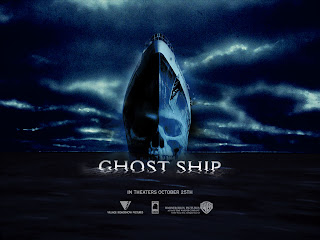 WEDNESDAY:
*SyFy: Repeats of “Ghost Hunters” and “Ghost Hunters International” (“Sweeny Todd) I’m not sure what’s up with GHI… They did Robin Hood and now Sweeny Todd. I’m half expecting an episode about Hamlet or David and Goliath…

THURSDAY:
SyFy: “Mary Knows Best” (don’t get me started—I’m counting the days until this one is dumped).
****SyFy: “Fact or Faked” Yahoo!!! (creatures caught on a family’s home security cams and a Lake Havasu UFO)

I admit that I will try to watch GHI, but invariably, I will become distracted. It happens every time. I look up occasionally from my writing, but I don’t usually focus until evidence review. The exception is when they go to a cool place, but lately it seems that they’re into themes… So far as “Fact or Faked” is concerned, it will have my 100% attention and a review every Friday—and expect more pictures of the “girls” in the tank top—including a few shots of a friend wearing one as well… Hey, "Ghost Adventures" has a music video and drinking game for every time they say "dude," "bro" and "man" and every time Aaron's mouth becomes unhinged in horror. "Destination Truth" has a drinking game for every time they take any new mode of transportation. But, "Fact or Faked" is much more serious, so they get the fun pictures every Friday with hopefully little themes to each one...