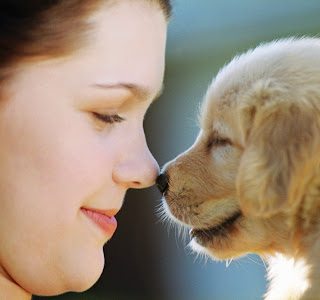 **DO NOT FORGET TONIGHT'S "FACT OR FAKED" ON SYFY! REVIEW TOMORROW WITH TANK TOP PIC AND QUIZ**

This is the last in my series about fledgling psychics. Earlier, I did one on “Soul Seers,” “Tactile Tuners” and “Tomorrow Tumblers” and now we’ve got “Creature Comforters.” We are all born with psychic capabilities, but some of us are not encouraged, do not recognize, or want to ignore those abilities and like muscles, they atrophy. This series is about the fledgling psychics out there, those who if they worked their talent could be a full-blown psychic. In the case of Creature Comforters, you get the picture—they have a way with understanding animals.

Here are some characteristics of this type of psychic…