This Week In Horror Movies and Paranormal TV 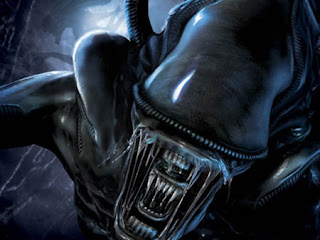 *Asterisk is next to what I plan to watch…

I know, still slim pickings, but let me tell ya’all, I am excited about mid July—why??? Shows are coming back and a new one is arriving! I’m very excited about SyFy’s “Fact or Faked” show. Jeez, is there a blog that should be watching this more than mine? They are going to test all kinds of paranormal supposed captured evidence and figure out if it can be faked and if it might be real. Seeing them do some hardcore hands-on debunking makes me terribly envious! I will warn you when it’s coming on with lots of fanfare. If it’s good enough, it might even get its own drinking game like “Destination Truth” and “Ghost Adventures” do!

MONDAY:
*NBC: “Persons Unknown” (show) I’ll tell ya’all the truth. I watched the episodes of it so far and I’m having trouble being hooked. With “Harper’s Island” I saw one episode and that was it—I was hooked. But this show…I can’t seem to get caught in it. There’s something overly rehearsed about it and I don’t give a shit about any character, although the mysterious main guy who seems to know a lot about tactical stuff is pretty sexy, but that ain’t even enough to get me hooked. I’ll give it one more try tonight and then I’m outta there. My time is too precious.
SyFy: “Aliens” (movie)