Take your Dog to Work: Dogs on Ghost Hunts 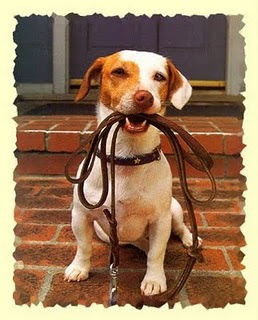 (**Remember there is a zombie short story contest until July 3rd...**)

When I lived in California, the neighborhood dogs were our first warning before an earthquake. When I was pregnant, my head in the toilet in the morning in October 1987 when we were about to get a 6.0, it was the neighborhood dogs howling and barking incessantly that made the hairs rise on my neck. I crawled to my “safe spot” in the crappy old second-story apartment just in time. They didn’t steer me wrong. Each time an aftershock came, they let me know with their cacophony of yipping. When I was done with checking the apartment building's gas main and the neighbors' safety, I went and gave the dogs over the fence some hot dog bits.

When I was growing up at Aspen Grove, our family dogs were the first warning sign when something was in the room with us. Their reactions were amazing, from hair standing up down their backs, tail between their legs, growling and barking at the unseen, to rushing from the room and hiding under beds. One time, they were so upset, they appeared to try to lunge and grab at something, one of them suddenly squealing as if he were kicked. He rushed out of the house with the other dog and cowered under the barn for several days!