Take it or Leave It, I'm here to stay (How to cope with people's perceptions about ghost hunting) 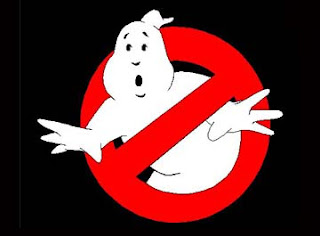 I’ve had this conversation a hundred times with different people, each one adding something new to the array of reactions folks have about ghosts, ghost hunting, and the paranormal.

When I first started ghost hunting, I was so excited I was finally doing something active about the questions rattling in my head about things I’ve witnessed in my lifetime, that I entered the "eager to tell people I’m a ghost hunter" phase. The reactions were always quite similar (this was pre-“Ghost Hunters” show era). They would stare blankly, blink a few times, mouth usually open, and then make that little humming sound in their throats as they tried to think of a polite way to say, “did I hear you right?"

Disheartened by initial reactions, I tucked that bit of myself away and didn’t share it with anyone but my closest friends and family. I continued my search and then hit the "outrage/rebellion" phase. I’ve supported all of these people on paths that I thought were completely wrong, but I knew deep in my heart that as long as they were on their own life journey, they’d land on their feet because I believed in their inherent wisdom and wherewithal. Where were they for me? I went from tail tucked between the legs, ashamed I hunt ghosts, to in-your-face “I hunt ghosts, whatcha gonna make of it?” attitude. That was met quite briskly with fundamentalist relatives dropping out of touch with me completely, but not before they first voiced their concern with me conjuring up the Devil. I promptly told them that it wasn’t their business if I’m seeking spiritual answers, they became backwater Baptists and I didn’t go nutso on them for their blind obedience and fear of everyone and everything. Well, honestly, that weeded out the dead weight anyways. You really need to know who actually will support you, if you get a bad haircut, divorce your wife, or buy a Corvette at the age of 60. Most folks that love you unconditionally will actually take pride in you being such a complex and interesting human being. That you hunt ghosts becomes an endearing character quirk to them.

Inevitably I entered the "let me differentiate myself from the spiritualists" phase. There are, admittedly, some people in the ghost hunting world who rely only on the spiritual realm. That's kind of weird for me because it's like taking one supposition and using it to treat another supposition. We can't prove spiritual contact and we can't prove ghosts, so why use one to prove the other? A lot of people associate ghost hunting with the old turn-of-the-century Victorian era ghost hunting tactics. I’m talking about the folks who talk to spirit guides and become possessed at the drop of a hat ("Most Haunted" show). It’s probably not for me to judge if what they’re doing is working or not, but when ghost hunting becomes “religion” that is very concerning. It was very important to me in this phase to let people know that I don’t talk to spirit guides, I don’t do possession, and I won't be blessing their houses. I'm not, however, against the use of my psychic abilities to know where and when in a house to approach a situation, but it's not something I would broadcast as evidence. I would use it hopefully capture activity but not as proof of activity. It's very much like the use of your senses to know when something's happening. I insist on using whatever instruments I have for documentation and stray away from the theatrics, they don't help the industry progress.

After the last stage, the next one inevitably becomes, the "where are my people?" phase. You've had enough time at it and enough exposure to other people's methods, so you kind of know where you belong. You might be in between science and spirituality, you might be hardcore proof on film and audio, you might be leaning towards cleansings and counseling. I found a body of folks who have a similar attitude as mine which is more along the lines of admitting we have no true answers about what ghosts are and if they exist. We want to have experiences, make conclusions, find ways to test the conclusions, and seek proof that will help move us along in understanding what hauntings are. This is a liberating phase because this is when you realize that you have people who really get you. You have others to talk about theories with, share strange experiences with. It's kind of like being in battle together with the bonding you make when no one else around you ever will really get what you've been through and what goes through your mind about it.

I finally got to a place in my life now where I don’t mind that people know I ghost hunt, but I don’t offer it unless I meet a kindred spirit who would find it fascinating. They can ask all their interesting questions and I can give them what answers I might have formed so far (which are few and far between even after years of searching). They soon learn that I’m earnest, that I’ve experienced things that are genuinely unexplainable, and that I seem to be looking for definitive evidence of what a haunting is and why it exists. Usually, they end up admiring me and even sharing things that happened to them that they never told anyone else. People are very afraid to talk about the paranormal, afraid of being ridiculed. No one understands that better than you. (Your counseling training has officially begun).

You’re going to run into these responses from folks and I thought I’d give you some insight into what I think in my head (in brackets) and what I actually say to them.

“I could never do that!” (Honestly, I wasn’t asking you to). “It’s just something I’m doing to find answers to things I’ve witnessed that I couldn’t explain.” (The driven by a higher purpose explanation. This usually satisfies, even if the person shivers visibly at the notion of going into scary places. This isn’t the person to tell about cobwebs and doors that slam on their own.)

“Do you use a Ouija board and have séances?” (I doubt TAPS is packing Parker Brothers when they go into prisons and lighthouses). “There are actually some new tools nowadays for ghost hunting." (Education without explanation. If this person is genuinely interested, they’ll ask more questions, then you can divulge the equipment list. Less is more when talking to people the first time about your hobby).

“What do you do once you catch `em? (said while leering at me)” (I tell them your address, of course!) “I usually like to transport them in a Ghost Trap until we get to headquarters where I place them in my Ecto Containment Unit.” (Meet humor with humor. Folks are going to poke fun at what you do, beat them to the punch.)

Ghost hunting will weed people out. Folks who don’t want to be seen as weird or different are going to drop out at a fast rate of speed. Others will never let even their office friends know about what they do at night and why they’re drowsy in mid week after a house call on Wednesday night. Some folks will decide it’s part of their identity and will wear it proudly on t-shirts that scream “Ghost Hunters Do It In The Dark” (I never understood that one, it's hardly worth boasting you do it like a Puritan)). Other folks will want to tell everyone around them everything they think on the subject as if they personally know each ghost and know exactly why they’re trapped and how to release a house of their presence.

A few more subtle folks will continue on a personal mission, eyes straight ahead, passing by the masses as if they’re on a different plane in search of something that sings to their tune and no one else. Those folks, like me, will look for answers regardless of what others think, come to conclusions on their own, and not influenced by others in the industry who think they know what a ghost is, why it's haunting a place, and how to "send it to the light."

We are the ones who seek our own conclusions, ask our own pointed questions, and those who love us admire us for those very qualities because as an ancient said, “the way you anything is the way you do everything.” The same qualities that make people seek you out as a friend are the same qualities you take into the field.

Trudge on, head held high! And remember, there's hundreds of hunters out there who admire your courage--they live it every day too.