When is a ghost a spirit? 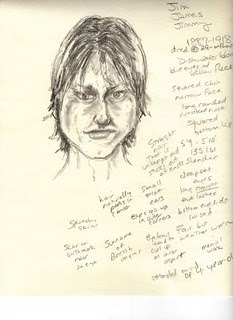 The last post got an exciting conversation going which is my favorite thing to ignite. Because I refuse to say that all hauntings are spirit-related, it had me realizing I haven’t spent a lot of time talking about the encounters I’ve had in my life that were very clearly spirit-related. Although I run into a weighty amount of residual hauntings and the explainable, as well as poltergeist activity, it’s the intelligent ones that show human-to-human interaction that truly keep me ghost hunting, even when I can go a whole year without one exciting incident. When they do occur, they’re pure magic. Here’s some incidents:

I was awakened from my sleep with a strange alertness. I looked across the room to see what looked like the outline of a person. I didn’t feel any of the fear I should have for seeing a person in my bedroom at night. Instead, I sensed a lot of physical pain related to the head. There was something not right about this figure, as if he were dazed and confused. I was barely awake, but I was alert enough to speak. My gut instinct rose up and I said quite simply, “you’re dead. You need to go home. Move on.” It had much the same feel about it and vague appearance that I had seen several times as a child at Aspen Grove. I put my head back down, turned over to go to bed only to hear sirens and helicopters outside going nuts. I realized by the hovering of the helicopter that something must have happened on the freeway I live beside. This is a usual air evac type situation. I went to sleep once the buzzing stopped and the next day turned on the morning news to hear the reports of a fatal accident on the freeway right where I live—perhaps 1/8 of a mile from my house. One man died. At the time I had awakened. I know, because I look at the clock every time I awaken (yeah, one of those types hoping it doesn’t say it’s 5 minutes before the alarm goes off).

I admit that I often read the dead for people I know, but what I’m reading I’ve never had proof wasn’t the living person recalling the dead person. This incident was very clearly an episode of seeing a body after death. What makes me curious is, why my house? Why not one of the dozens of other homes nearby? Why my room? Why me? Was it something about my dream state—my psychic abilities—that he was having an out of body experience at first following flatlining? I’ll never know. I’ve had lots of psychic experiences with precognition about plane accidents, earthquakes, terrorist acts and upcoming deaths of people no one expected to die, but this wasn’t like a premonition from a dream in which I can travel to the site. This traveled to me.

Another time was when I was a teen and my father had a heart attack and was in the hospital. He had a good day and we went home and had a party thinking that the worst was over. I went to bed. So, I fell asleep and awakened to someone tugging on my big toe. I looked up and saw the dark outline of my father. I was thinking “wow, he got out of the hospital early.” When I was a little kid and he’d go out of town, he’d always pull on my big toe when he got home as his way of saying he was back because I begged him to wake me up and tell me about his trips and that was our compromise. I remember smiling and lying back down and falling asleep happy that he was home again. Before I even fell back asleep the phone rang. A few minutes later, my sister knocked at the door screaming we needed to go to the hospital. When we arrived, he was unhooked from the monitors and lying there peaceful and dead. I remember having trouble accepting it. He’d just been in my room. Then, I recalled when he had his heart attack days before, he had a near-death experience and described the beautiful place he'd been at and the family who was with him. I thought that the experience helped him accept his death and then him visiting me helped me accept it to.

Just this year I was on a ghost hunt. My ghost hunting partner, Ginny, and I did a KII session alone in a room of an old TB clinic that I felt was very promising. I did my usual extensive testing of the room to be certain there was no EMF issues, set the meter on the table in the middle of the room and we chatted for a while, nothing happening. Then, I addressed the room and explained the device. It lit up. I announced to light it up for "yes" and not light it up for "no." We waited and nothing happened so we began with a question. We got a “yes.” I then asked, “are you a girl?” No answer. “Are you a boy?” No answer. We looked at each other in confusion and then I asked, “are there more than one of you?” Then it lit up. We paused for long periods, we repeated questions, we asked in rapid fire manner. The light never ever went off without answering a question. This continued for at least 15 minutes without one false lighting when nothing was asked. With repeat questions, it answered the same.

This interaction came with it a strange circling energy in the room that made goosebumps, but also felt like static electricity. We had a similar situation in a graveyard in Bisbee one time and the best I can describe is to rub a balloon against the rug and then run your hand over it lightly and feel that tingle? That’s the thing. The conversation would have probably gone on longer, but a group of people entered the room noisily and it stopped. We later picked up the conversation in another room of the building.

We had an abandoned jail for the night and Ginny and I took the attic. It was the room the guards stayed in. We pulled out the Ouija for kicks and kept getting the same name and I felt a rush of awareness like I had at Aspen Grove. I knew we were being watched and I knew where he was standing. Then, a rush of information about him hit me. I knew he cleaned the jail up for work and had the IQ of a 4-year-old. He died in the 1918 pandemic. I had all this information about him. I talked to him gently like a child because I didn’t want to scare him. People in the jail had been cruel to him. He trusted Ginny and I because we were females and we laughed and talked and were nonthreatening. I was aware of his position in the room the entire night. At one point, some people came upstairs to photograph and I looked up where I knew he was standing and the flash lit him up. I saw him full-body. He was standing strangely, his arms flat at this sides, tucked in tightly and shoulders held up around his ears as if he were cringing and he stared directly at me with a look of recognition. I don’t remember ever being freaked by something I’ve seen or heard on a ghost hunt, but I didn’t know what to say. I sat there a long time and just stared where I had seen him. I felt he was gone then. I knew he was hiding again with the strangers in the room, but I didn’t even know how to describe seeing a full body apparition. I sat down in my motel room in the morning and sketched him out and all the information I got about him—mind you, I hadn’t drawn a person in probably 15 years, but I was excited to try and recreate him. I truly felt we connected.

It’s not really common to get intelligent interactions. I’m highly skeptical about EVPs but mainly because they can pick up all kinds of signals since they’re receivers. As well, people have a tendency to make things fit the questions. An EVP could sound to them like “get along” and they’ll say, “I asked him why he’s here, maybe he was telling me to leave.”

These are just the kinds of interactions that keep me going. I have witnessed so much residual that I don't think much about it, it's pretty commonplace. I've also experienced a lot of electrical issues and poltergeist activity and even things moving on their own, but these interpersonal connections are what really ignite my desire to witness, test, and theorize in the field.