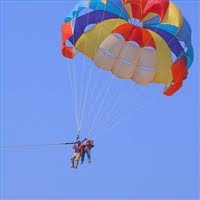 Tell me, does my blog seem like it’s run by someone who as a child:

At 3 years old, wandered down to the creek where she picked up a snapping turtle and brought it home to show her mom, at which her mother promptly began to scream hysterically. The next day, that toddler brought her mom a black snake and grass snake and the next day, a crayfish.

At about 10 years old, the little girl decided to build a hot air balloon by stitching sheets together and then using her brother’s camping stove to heat air to fill it up. Of course, it didn’t work, but she did manage to start a nice little fire, luckily, right beside the creek where she could put it out right away without getting caught.

At 11, the girl made a parachute and jumped off the barn, luckily dropping and rolling and managing to get up and walk away just fine.

At about the age of 10, after seeing a Bigfoot documentary movie, she promptly came home and put on about 6 shirts and several pairs of pants, work gloves, and a scarf around her neck in the summertime. Why? To go into the woods in search of Bigfoot, certain the layers protect her.

Inside her huge barn the girl had a giant blackboard from a schoolhouse and schoolhouse desks. She drew a map and started a UFO sighting headquarters where folks could report any UFO sightings. She rode her bike around the neighborhood leaving flyers in mailboxes.

At one point, the girl decided to put the ghosts at Aspen Grove to rest, so she had a séance and then buried some of their relics and prayed over them. Since activity didn’t stop in the house, she hurriedly dug up the relics and snuck them back into her mom’s showcase before she noticed them missing.

A beat up old car in the field next to her house, always drew the girl's attention. It was a 1940s/1950s big black car that rolled into the field during a seance being held in the main house and no ID was ever found and no owner. Weeds had since grown into it, but the girl decided to try and put the parts back into it and work on it so she could drive to California and become a surfer and an actress. She played Beach Boy tunes all summer as she tried to buff and polish and figure out where all the parts went on the car.

What does your current life and your blog say about that child--does he/she still exist?

I thought I’d remind you to keep feeding that kid—it’s the genuine wellspring for new post ideas and an overall excitement about life.

After all, we are all just kids in grownup clothing.