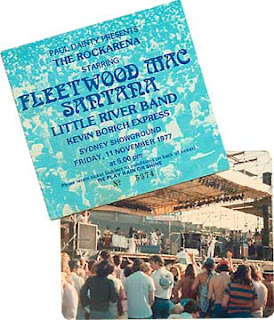 I submitted three romance novels in the early 90s. Great concepts: A woman meteorologist scared of tornadoes after losing her father in a tornado as a kid and the misanthrope inventor she has to work with to test his invention to measure tornadoes (sound familiar? a few years later, a very similar movie called “Twister” came out), another about a woman trying to save her childhood historic home from the contractor who wants to tear it down, another about a woman who is hired to restore a lighthouse to its original splendor and the womanizer she must work for on the solitary island.

My strong points according to the editor of the large publishing house were my atmospheric descriptions and my characters and their psychological aspects, as well as the sensuality. The point that got me no sale—my plotting.

Every writer has an Achilles heel, mine was plotting.

By now, ya’all know that I’m a spaz. I like to do a lot of things and I do them really fast. If I do a painting, it better be done that day, because I likely will have lost the focus and it will turn into something completely wrong from my intention. I get a concept and I just start writing. In fact, in the past I only wrote scenes and then found ways to interlock them, often times writing them completely out of sequence. Artistically, I thought each scene should stand on its own. Nice concept, but how do you introduce characters and events and make them work as a bigger picture?

It took years of maturing and growing in other aspects of my life to realize I missed writing and I shouldn't take rejection as a failure or a sign I shouldn't write. Writing doesn't have to have a product, it can be a process. It simply has to satisfy the soul. So, I began to write again. I kept it to myself. I did it in spare stolen moments. It made me work my skills and get a handle finally on my runaway plotting. It wasn't wasted time, but I did ultimately want to get published. So, I had to learn to submit work again.

The only point of multiple submissions and refusals is to help me grow as a writer, but I had taken it much like I took the complaints in the modeling world when they said my hair was too wavy or my eyes too brown, it was a personal insult.

Maturity brings with it the ability to make sense of common things people keep telling you. Repeatedly, I heard “atmospheric, fully developed characters, sensuality,” but I never heard “I like the pacing.”

All refusals are little tidbits of insight.

Refusals often times have nothing to do with your writing and everything to do with the publishing house where you’re trying to submit it. Researching their works and seeing if there’s a fit is critical. Also, many publishers go through trends. They might be totally consumed with vampires right now instead of ghosts. They might be looking for flash (very short) stories or satires. When I submitted the tornado chaser manuscript, the editor told me it was very good but they didn't do action novels and I should send it to somebody else. Since this was the third one she'd rejected, I just put it aside. And, years later a very similar plot was used for a successful movie. The sad thing is that when I wrote it, I had a feeling that tornado chasing would be a future sport. I let my ego crush my instinct.

One time, I was turned down for a huge clothing maker for a catalog modeling job because I was not “ethnic” looking. It should have dawned on me that this Middle Eastern clothing line had only women of color in their ads and I was wasting both our time by appearing for the go-see. The same goes for the writing world. You need a perfect match or you’re wasting both of your time. Now, imagine submitting a work and waiting 4-6 weeks, sometimes months, for a response? You could have spent that time submitting it somewhere it fit in the first place.

I’ve heard people say that they had hundreds of refusals and that it’s the mark of a writer’s life, some even pasting their walls with them. I wondered why they would take pride in someone not liking their work. Well, that was before I found a new way to reframe it in my mind. Instead of a refusal as a commentary of my writing style, I’ve come to see it as a concert pass.

You know, those crazy little stubs you’ve kept from every “Steely Dan,” “Peter Frampton,” and “Fleetwood Mac” concert you went to in your youth? You tucked them away and maybe pulled them out and nostalgically viewed them. They are little reminders that in your youth, you did a lot. You went to all those concerts. These are all evidence of having taken action, done things, lived, taken risks, did instead of dreamed.

My refusals from publishers are all happy reminders that I kept sending stuff in. Over and over and over again.

Looking at it in a bigger sense, when you started dating before you found your mate, did you just date one person and say, “yup, this is the guy.” You had to test drive them, interview them, spend time with them. You had to meet some super duds. You had to meet some rude people. You had to meet some slackers. Eventually, the chemistry was right. Should the timing be right as well (you found him as an adult and not in third grade or when you’re married already), you are truly blessed. It’s a kind of alchemy that no one can explain. Almost like a cosmic convergence.

It’s not personal when you get a refusal. I’ve had a few the last few months I’ve been submitting my short stories. I realize that it’s a combination of poor timing, a poor fit, a poor chemistry, dazzling competitors, and even subtle things like marketing trends and advertiser’s needs.

Tuck them away into a little box. Take them out when you’re an old (and successful) writer and realize that these are all your little badges of every time you tried. In fact, (note to future self) that’s what got you where you are that day.