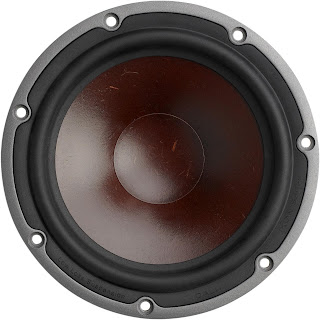 I wanted to do a series exploring some tools the ghost hunting trade needs so we can more easily get results. I was looking at National Geographic's site for their show American Paranormal and there is a video clip on the right called "Bad Vibes." This is a theory I've been knocking around for some time and I'm thrilled someone picked it up and took off with it. The concept is, since ghosts are usually heard on EVPs in the 19 Hertz range, which is below human hearing levels, then what if they put a generator in the building to create this level and see what happens. What they found was that the human body (like the woofers on your sound system) feels the low range through it. The test group sent into Eastern State Penn definitely felt the sensations in their body and felt depressed, anxious, off balance, and heavy. Sound familiar?

My question has always been, if ghosts supposedly speak to us at 19 Hertz, what the heck are we doing talking to them at our level (80-1100 Hertz)?

Shouldn't we be transferring our voices to their level so we can be heard?

Shouldn't we have ways to detect if 19 Hertz level is being put out in a location?

On a side note, the "Ghost Particles" film on that panel right beside the "Bad Vibes" film talked about something I wrote about in my paranormal highway series--neutrinos being the method by which ghosts can go through objects and possibly how us psychics can read objects and people and places by touching them and passing neutrinos and a form of information between us. The sort of paranormal broth...

Okay, now I want to update my cable so I can get National Geographic! Wow! Intelligent ghost hunting and Bigfoot hunting that looks for new and scientific ways to examine the possibilities of life after death and cryptids instead of just towing the same old line passed down by older generations.

Thank you sooooo much!

P.S. Since my husband is a testing engineer and sound expert, I will be speaking with him later on about this subject and some possible test equipment that can be devised. I’ll let you know what he comes up with.