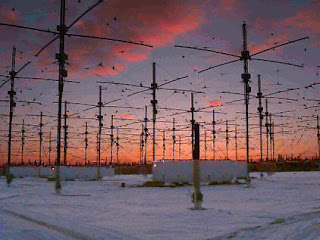 Plausible deniability involves the creation of power structures and chains of command loose and informal enough to be denied if necessary. The idea was that the CIA (and, later, other bodies) could be given controversial instructions by powerful figures -- up to and including the president himself -- but that the existence and true source of those instructions could be denied if necessary; if, for example, an operation went disastrously wrong and it was necessary for the administration to disclaim responsibility.

The doctrine had two major flaws. First, it was an open door to the abuse of authority; it required that the bodies in question could be said to have acted independently, which in the end was tantamount to giving them license to act independently. Second, it rarely worked when invoked; the denials made were rarely plausible and were generally seen through by both the media and the populace."

You’ve probably heard this phrase a lot in association with alien visitations and especially the infamous Roswell incident. In the case of HAARP (see my a prior post), it would appear to be firmly in place. The supposed researchers working there, the man guarding the gate, and no doubt everyone actually on location, has no idea what the bigger scope of this project is. They go about doing only that which they are allowed to know by levels of “security clearance.” So, they may have their own theories, but they would never endanger their position to talk about rolls around in their head when they’re asked to do certain tasks.

Interestingly, the month of November 2009 was the first month in 12 years of archiving geomagnetic activity that there was no activity—nada, zip, zero! Following the 90s into 2008, there were so much activity it was practically nothing more than markers and blotches all over the chart, but since late 2008, almost nothing at all whatsoever with many months with no action at all and months that had action had one or two little blips. Why? What changed in our upper atmosphere?

Well, this wonderful knotted bundle of plausible deniability is a bit like metastatic cancer. It can send off little seeds from the primary site to wander the body and enter the lymphatic system, clinging to bone or liver or lung and creating more disease. There may be no one on site at HAARP who knows its ultimate mission. It goes beyond the primary location for safety reasons.

Where are the folks who do know? There are more than likely a few people who know parts of it and manage those parts, but ultimately it more than likely comes down to one scientist and one government official who carry the actual knowledge of what this project’s directives are.

So, it really comes down to the fact that chasing folks who work at Groom Lake or HAARP or Montauk is going to produce no results. The salesperson in the store doesn’t carry the key, doesn’t know the manager’s codes, doesn’t have the combination to the safe.

We know only what we need to know and then we turn to higher’s up.

How will we ever come to know what HAARP is truly about? Well, there is one thing to be said about government programs. They may stay secret, but they can’t stay absolutely secret. Those around Groom Lake have seen experimental planes and some day new planes like the Stealth Bomber will come to the public’s attention. Some day, if aliens have arrived, we cannot stop them from visiting or communicating. So far as HAARP is concerned, keeping an eye on weather and world events and geomagnetic activity will make it very hard to cover up unusual patterns.

It really ultimately falls in our own hands.