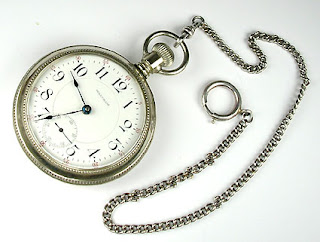 Remember the “Brady Bunch” episode with the cursed tiki object the boys found in Hawaii? It made for a fascinating tale, but can an item be cursed?

I’ve had a lot of people ask me that question. Understandably, as someone who reads objects, I might have some insight. The best way I can put it is this; an item with a history imprinted in it filled with pain and anguish, anger and resentment can, in fact, affect how you feel when you’re in contact with it, it can even make an entire room uncomfortable. Is it “cursed” in the sense that owning it will somehow make bad things befall you? No, not in a sentient way, but perhaps in a subconscious way. It’s more like you will make bad decisions or be influenced by the emotion of it. It can take you to a dark place. That’s not the same as being cursed or possessed, but it can sure as hell feel like a curse.

The Hope diamond and James Dean’s car that he crashed and died in were two items well known to be “cursed.” The hope diamond was repeatedly associated with death, suicide, madness, bankruptcy, and murder. Well, within the context to the diamond itself, being priceless and unbelievably rare, those who would covet it might not be of the best caliber of mind or lifestyle. It’s sort of like the spending rich playboy finding a bad end. That is one element of the “curse” of the stone, but the other one is the negative energy it accrues as it is passed on from owner to owner. For example, a family wedding ring passed on can sometimes be comforting if you believe it to be associated with a marriage that lasted a long time, but if it were worn by an elderly woman who had suffered widowhood and lots of arthritic pain, it may be possessed of melancholy.

James Dean’s car was parted out after his crash and the people who received the parts found horrible deaths, but then these were men who raced cars. The tires of the car being reused blew out and caused an accident, but then again reusing tires from an accident, probably not a good idea.

The curse of items is threefold; the mindset of the people who believe items can be cursed (superstitious nature, religiousness), the cumulative energy the item has accrued affecting the mood and decision-making of the people using it (making you depressed or angry) and the practicality of the item, i.e. some items by their nature beg to give you problems: I took a piece of rusted barbed wire from the desert to use for vines to grow up in my garden. I cut myself on it many times even though it was hanging way above my head. I kept reaching up to hang wind chimes nearby and got caught. That’s not a curse. That’s stupidity. You don’t put barbed wire in your garden and expect to not get snagged.

Some items hold their “history” longer than others. Metals, stone, and wood seem to hold information from past owners better. Paper and fabric are short-lived, sometimes just a few months maximum. If you take a stone from a cemetery, will it curse you? Not likely. The stone was nothing more than a part of an outdoor environment. Now, had that stone been on the ground where someone fell down following a stabbing and died a long and slow death, it might perhaps retain some very painful memories creating a sense of helplessness to those who hold it.

It’s human nature to be superstition and to look for patterns. Some folks can look at a flooding rain and notice it happened mid month. The next month, they notice it again, and the next. Soon, they truly believe that heavy rains only come mid month. We are superstitious about many things, like walking over a person’s grave, under a ladder, or having a black cat cross our path. Depending on your tendency to believe in magic and sometimes your religious upbringing, these superstitions can be strong. Convincing someone they aren’t cursed is not an easy process. If they give the object away, more than likely they will quit focusing on bad things happening to them and begin to focus on the good things and use that as a positive reinforcement that the item was indeed cursed. It’s all about focus. Remember the line from “Skeleton Key”? “It only works if you believe in it.”

Whether you believe you have the ability to read an object or not, you are being influenced by them all the time. People who collect antiques or buy items in flea markets know this sensation. They see something interesting, pick it up, examine it, and suddenly it no longer seems as interesting as it appeared from afar. They set it back down and move on.

My best advice is to allow yourself to handle used items before thinking of bringing them home and adding them to the family’s environment. This is much like the decision to adopt a puppy, you need to make sure it’s a good fit. Trust your instincts. If you can hold the item and it fascinates you and you find it beautiful, turn it in your hands, and imagine yourself already purchasing it, that’s a good sign. If you hold it in your hands and want to place it back quickly, frown at the price, wonder if it would work at home, and talk yourself out of it, those might sound like practical considerations, but something positively radiating will be worth the price tag and you know you’ll find a niche for it.