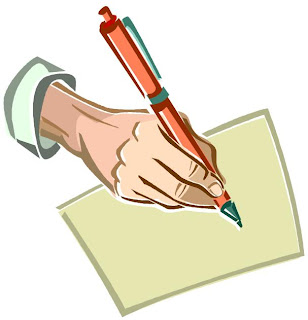 Continuing my series of writer's workshop, this time I want to talk about characters and their development.

Most people assume that character development is probably the easiest part of writing, after all, we live with characters all around us. The fine line is taking such characters as the homeless preacher on the street corner and not turning him into a stereotype. Once we think we can classify someone, we put them away in our brain and don’t look at them again. When they have an unusual quirk that is incongruous, they suddenly are intriguing:

Remember, people can have tic’s, nervous habits, phrases they use over and over again, rituals, obsessions, addictions, mental issues. We are the sum of what we’ve been through. Your character wasn’t just born on your pages. He had a life until this moment you’re writing about. It’s all those things that he went though which lend him his maturity level and explanatory style and convictions. A person can be beaten as a child and grow up to be extremely gentle and considerate or he can beat his children too. Be certain to lay out your character’s life journey even if none of it will be referred to in your work:

Sarah’s mother died when she was 8 years old. Since then, she has been obsessed with taking photographs and scrapbooking every moment of her life and her loved one’s to the point of obsession, trying to permanently keep every second, but forgetting to actually participate in that life.

People are never all one thing. They’re contradictions and quirks. You can be an uptight engineer and play drums in a rock band. You can be a religious zealot and believe in UFOs. You can be a tomboy who is competitive with the boys and yet dream of being a fashion designer.

Try and describe your quirky character in an easy sentence:

Brody (“Jaws”): A sheriff who is afraid of water but lives on an island.

Often times in teaching about writing, we’re told our characters must have a strength and a weakness.

Johnny is extremely loyal and he cries at the drop of a hat.

That’s pretty boring, I think. To me, a person’s strength is also his greatest weakness.

When Johnny is strongly loyal, his greatest weakness is that he will stay with someone who treats him poorly.

Remember this important key: People need a character who is real, has a vulnerability. No one likes Martha Stewart because she preens and pretends and acts as if she never so much as farts. An unlikable character, to be sure. Have you ever met someone and they were so unrevealing about themselves that you never feel you know them and consequently never feel a bond? We see this in characters in movies like “Halloween” where the characters are “corrupt” and “expendable,” with the exception of Laurie Strode who is a good girl, does her homework, saves her babysitting money, and instinctively protects the children in her care.

There will always be a bit of you in every character. It’s unavoidable to not put in something you identify with, whether it’s something physical, mental, emotional, or historic. This kind of bonding is good. I’ve written lots of short stories about men as the main character, but there can be something in them I identify with. The grumbling character in my Halloween short about the nasty neighbor was a crusty angry old man, but I identified with his frustration with neighbor’s dogs shitting in his yard.

Do remember, however, that your character is like your child; you influence them, but you do not expect them to be you. Their growing up experience was completely different, in a different era, with different siblings and parents, and different events. You can see hints of you in them, but they have minds of their own.