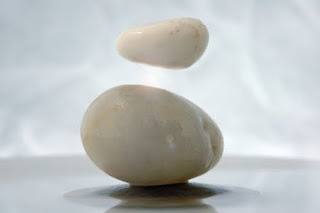 Interestingly, there is no actual irrefutable evidence of psychokinesis existing and yet it is perhaps one of the most studied psychic abilities in hopes of capturing mind control. As you can imagine, the military (especially former Soviet Union) found this concept worth pursuing extensively. There have been a great deal of “magician” types who’ve come forward to say they have these abilities. Their sleight of hand and breathing techniques can appear to make items move. One demonstration showed a debunking of a “psychic” who used techniques of letting out breath directionally to move a pencil across a table. It appears that those who claim the ability run into the same issues as ghost hunters trying to show film of phenomenon and having people dismiss it for shadows or objects in the room.

Sometimes, it feels as if we’ve been dinking around with the paranormal for way too long. It’s either been a purely entertainment issue as it is with people like Uri Geller or shows like "A Haunting" or it’s some kind of military secret Cold War obsession for weapon development.

What’s necessary is the interest of scientists, specifically quantum physicists, in this realm. Experienced testing engineers could help too in the development of controlled testing. What else is necessary is the public's access to the process. right now, testing is usually done in university labs, who publish their findings, but no one is going to believe in the paranormal because a professor said he saw a pencil move across the table. The public wants to believe, but they also want these studies to quit hiding and come out in the open where we can be equally impressed by the testing conditions and the results.

So far, the paranormal world has been like the world of religion, we're expected to believe without proof. You are either a believer or a nonbeliever. Religion (for its own self protective reasons) has said that we are not to question the miraculous and unseen, but the paranormal has not made such a statement, although it is commonly accepted. To whom does it benefit us believing in the paranormal without proof? No, this is a study that needs to be dragged into the world of physics and dealt with there.

Belief shouldn't be blind for the paranormal, it should be earned.

Admittedly, unless there are controlled studies, a lot of stories of psychics being able to do such things are purely anecdotal. As I would ideally love to be able to do a ghost study with purely controlled conditions, with shielding from radiowaves and other signals, as well as EMF protection, I’d love to see testing for psychokinesis done in the same manner. It really is very frustrating when any phenomenon can be explained by outside conditions, whether it is the psychic himself hoaxing or radio signals interfering with EVPs. It’s really time for us to sit down, create an ideal testing lab, and begin the process. Forget the concepts of psychokinesis being a wonderful military tool and start looking at it to simply prove it in the first place. Once proven, let’s use this knowledge to find out how our minds can be made to be more efficacious.

I’d be curious to hear if anyone has tried to manipulate an object or another person with their mind. I’ve had many strange things occur for me as far as affecting electronics and watches, but one day I had an incident that truly shocked me. I don’t know what the conditions were for the day (I wish I would have noted geomagnetic activity), but I was driving down the road and thought to myself “since I’m going by the convenience store on the way home, I should get some lottery tickets.” I’m not a usual lottery ticket person, but from time to time I think of it when I have a bunch of change building up in my car’s ashtray. So, as I was running my chores, I was thinking periodically “don’t forget 7 Powerball tickets.” I went to the grocery store, the post office, the Target store, thinking “don’t forget the 7 Powerball tickets.” I finally was on my last part of the trip and stopped at the convenience store. I dashed inside out of the rain and the woman behind the counter looked up at me and said, “7 Powerball tickets?” and turned to the machine and started entering it. I hadn’t even reached the desk or spoken. The other people nearby stopped and looked at me and then at her. My hand was trembling as I paid her the $7 I had in my pocket. I heard one of the people say to the other, “did you hear her say anything?” I will never be able to explain that one, but it’s as if I somehow either sent her the message or the message was so apparent mentally that she thought she heard me say it when I was only thinking it in my head.

Does psychokinesis exist? My own personal view is that, yes, it does. Anyone who knows how skeptical I am to believe in anything, would realize that is a big statement. The fact is, I’ve seen poltergeist activity including objects moving on their own. I know it happens. I’m not sure how it happens, but I tend to believe it has more to do with the people in the house than the spirits in the house. I also believe that it’s very possible to pass thoughts to others. I can’t deny astral projection, as I have quite clearly done it myself.

I believe that the powers of the mind do surpass the human body. To think it is contained within its defined borders is perhaps naïve.

I’ve decided it’s long since time I tried my hand at telekinesis. My hope is that I can move a pencil on a table. First, I’ll put a mark where the pencil is to see if it moves. I will also make an attempt to be certain my breath is not in some way going to affect movement by wearing a pollen mask. I believe by using my mind as if I want to move my leg or arm, seeing the pencil as part of my body and under my command, I can manage to send those signals to the pencil. I will also test it using my hands nearby to use my "aura" to push the pencil as if my fingers extend further than my body's limits. Strong visualization abilities will also be key. I need to believe it can move. I’ll be trying this experiment and I hope to keep you posted if I find a way to move anything with my mind and take note of the methods I used so I can find out what worked and what did not.

I encourage you to attempt it, as well.