Is There Any Mystery Left to be Discovered? 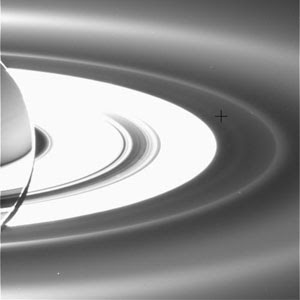 The Hadron Collider, a 17-mile long particle accelerator, turned on in September (and we were not sucked into a black hole--yet).

In rainforests of Papua, New Guinea a team of scientists found a new fish, rat, bat, and several frogs (and probably 80 new species of bugs that ate them alive).

40 light years away, a planet much like earth is discovered and it contains lots of water (see my posts in the year 3013 to see what happens when we finally land there).

Upon crashing a bomb into the moon, we discovered it had a significant amount of ice (so when did the moon start developing weapons of mass destruction and become a threat?)

A new ring around Saturn was discovered. (Perhaps we should consult with Elin, Tiger’s wife, she seems to be missing hers…)

Skin cells are turned into stem cells, negating the need for embryo stem cells and ethical issues (and opening up a black market for scratch-and-run thieves).

Yeah, science is still out there. You won’t hear the news casters chatting about it like they do Tiger’s sex life, but it’s always been the unsung hero. How else would anything from health to communications to recreation to transportation be possible without it?

It continues to grow at leaps and bounds and in our lifetime we can expect fantastic accomplishments like a cure for cancer and stem-cell advances to make it possible to regrow missing limbs, repair spinal cords, and cure debilitating diseases such as MS and Parkinsons. And, that’s just in the field of medicine. Don’t even get me started on what we’re learning of the universe, the ocean, the rainforests, and green technology...

Some great sources for what’s up in science:
Wired
New Scientist
Science Daily