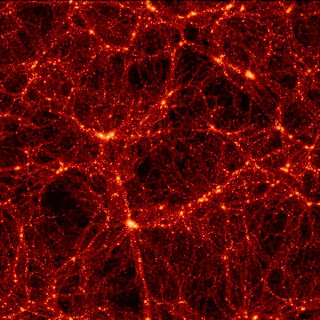 In an earlier post, I discussed whether neutrinos (particles that can go through things) were part of the paranormal “broth” that helps to facilitate ghostly activity and psychic abilities. In my SciFi novel I’ve been writing, my concept was that dark matter was the “broth” that carried psychic information.

Interestingly, an exciting new article just came out discussing how some dark matter might have been detected in…(get this) a defunct mine! Sound like theories are linking together here? The question for me has always been geology in relation to ghostly activity, but also mines.

From the article: In a series of coordinated announcements at several US laboratories, researchers said they believed they had captured dark matter in a defunct iron ore mine (Minnesta) half a mile underground. The claim, if confirmed next year, will rank as one the most spectacular discoveries in physics in the past century.

Dark matter is what created the structure of the universe and is essentially what holds it together. When ordinary matter falls into lumps of dark matter it turns into galaxies, stars, planets and people. Without it, we wouldn't be here.
Some dark matter particles could explain why ordinary matter is not radioactive, while others may help scientists understand why time – so far as we know – always runs forward.

Dark matter particles are peculiar because they pass through objects as if they were not there. Their aloof nature has led scientists to name them weakly interacting massive particles, or Wimps. Vast amounts of these are thought to be constantly moving through the Earth and everything on it, us included, as the solar system spins around our galaxy.

What this actually means for the world of the paranormal, it’s not certain and probably won’t be for a long time, as certainly the bigger questions of dark matter’s importance will be explored first. I’m hopeful, however, that we might have found the linking substance.