UFOs and the Grand Canyon 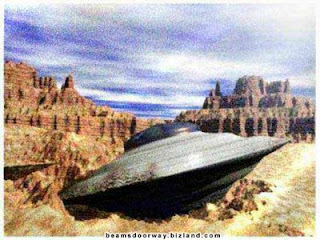 This article caught my attention.


Flagstaff, Ariz. - A team of experts called in to examine strange debris at the bottom of the Grand Canyon discovered the wreckage of a UFO that crashed a mind boggling 4,000 years ago!

Of course, being a skeptic at heart, I have to ask myself who the article referred to as the source of this find? It’s extremely vague, but then most military secret conspiracies are. I love supposition, however, and so I am thinking…if a race of giant people supposedly lived in the Grand Canyon (see my post on Grand Canyon Mummies) perhaps this was the vessel by which they arrived.

One of the things I love most about documentaries and conjecture is taking every side and deciding how they shore up their viewpoint with evidence or logic. I’d be curious to hear your take on this article.