Land of the Ancient Giants 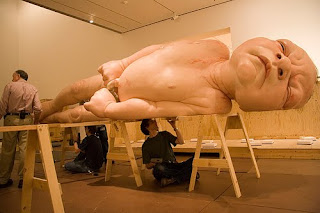 On my research into the Grand Canyon finds, I kept running across a race of supposed giants whose remains have been found from Alaska to the Midwest. This one will give you the chills…

Apparently, these skeletons averaged 7’ tall and have been found in New York, Tennessee, Ohio, Indiana, Wisconsin, Nevada, Kentucky, Utah, Pennsylvania, Alaska, Minnesota, and pretty much all over the world. Interestingly, these have been found in caves and burial mounds and sometimes even wrapped in Egyptian style. Those of you who’ve read Genesis, might have heard of the nephilims, giants who supposedly descended from fallen angels. I’m always excited about the way things can link together and the Bible references with the find of giant bodies is quite spine-tingling.

There are several reasons for what might have caused such a giant race of people found all over the world:

1. Since taller height is something found in warmer climes and shorter plumper figures are found in colder climates. It could have been a climate issue that such large humans were prevalent.
2. It also could have been a common pituitary problem causing gigantism and perhaps related to something environmental causing this issue.
3. It could be that tall people were bred together for the purpose of larger humans as special anointed ones.
4. Extremely tall people may have been buried with special care for their uniqueness.
5. Lastly, we can guess that perhaps these were aliens of some sort.

This is such a hugely prevalent find, that I’m going to direct you to this thorough article about the details.