Is Your Psychic Sense Run by the Autonomic System? 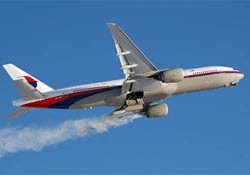 You have a vivid dream of being in an airplane. People are screaming around you. The attendant is rushing down the aisle. The plane pitches. The ground comes up quickly. Startled awake, you shake you head and try to quiet your pounding heart. Managing to go back to sleep, you wake up later to put the nightmare in perspective. That is, until two days later the news reports a plane going down.

A person nears death, loses pulse and breathing activity and lifts from his body towards a light at the end of a tunnel and a sense of being free and loved and content.

Edgar Cayce lays down on a cot and goes into what appears to be a sleep in which he calls out the answers to life’s big questions, such as what will happen in the future, why is this patient sick, how do we heal someone.

A ghost hunter feels their hairs stand on end, head feels pressurized, and then deep chills begin with goosebumps in the same spot reportedly where a person had died.

I’m psychic testing online and decide that I’m frustrated by agonizing over my answers and getting a weak score. Today, I decide to let my hand pick the cards to turn over on the screen, giving myself only 1 second to click on a card and not give it any thought whatsoever, in fact, I’m busy considering my plans for the day. My score is #1 amongst others for the day.

What do these events have in common? Psychic readings, yes. Conscious thought and direction, no.

I realized that my hardest opponent when I’m doing psychic reads is my own rather logical intellect. I doubt everything, second guess it, talk myself out of it, and generally over think it! A psychic read shouldn’t be like answering a test question, where you desperately file through your brain for the answer, erase the response, and choose another multiple choice answer, doubting yourself the whole way. Trying to do psychic reads that way is sure death of intuition.

Intuition, any psychic will tell you, is the simple act of just “knowing.” It’s as if it’s a fact, set in stone. You have no emotion attached to it, it simply is. Like contemplating gravity; if I throw this ball, it will fall to earth. I don’t doubt it, second guess it, or wish the results away. It’s a given. It’s fact. It’s known. That’s what a psychic read feels like when it clicks in your brain. Only intellect and conscious thought can will it into a bad interpretation that falls flat on the person being read. When I have airline disaster dreams, I know I can’t be hurt, I’m only a witness. Even though there is fire, screaming, and death around me, that part of the brain that emotes about such things and gives them meaning is not in an “on” position. There is no judgment, there is simply fact.

This realization had me correlating psychic abilities immediately with an autonomic response. According to Wikipedia, this is “The autonomic nervous system (ANS or visceral nervous system) is the part of the peripheral nervous system that acts as a control system functioning largely below the level of consciousness, and controls visceral functions The ANS affects heart rate, digestion, respiration rate, salivation, perspiration, diameter of the pupils, micturition (urination), and sexual arousal. Whereas most of its actions are involuntary, some, such as breathing, work in tandem with the conscious mind.”

My guess is that the sympathetic system would actually be responsible for higher scoring on psychic tests online.

Remember this combination: Event, interpretation, action. (We can thank people like Albert Ellis for this one; rational emotive therapy. He and others like him taught us that we can’t have a feeling without first having a thought).

A person with panic attacks (out-of-the-blue fight-or-flight responses) gets an autonomic firing that causes a pounding heart, sweaty palms, trembling, lightheadness (event) then they try to use the conscious to explain it, “I must be going crazy,” or “I must be dying” (interpretation) and then respond by hiding in their houses or seeking medical help chronically to find a physical explanation(action).

As a psychic, we cannot let the conscious mind second doubt, question, or try to alter our interpretations to suit the client before us. We must remain of the unconscious mind, attributing no “good” or “bad” to information and thus no inappropriate and human response.

Why do people in sleep and near-death state experience psychic visions? They are not running on the conscious mind any longer which seeks to distract them from the “truth” that the autonomic system knows. Could the seat of our psychic knowledge be in a place that runs our body’s systems and not in the “mind” portion that we can consciously sift through? Where does a psychic retreat in his mind when doing a reading? Why did Cayce enter a sleep-like state? This might also explain why some people are better at psychic readings than others and why those people are often times called “sensitives” because in that state of being, as in the state of panic attacks, they have better hearing, better focus, better vision.

As an experiment, I’d like to offer everyone who wants to, go onto www.gotpsi.org and take the tests. There’s one test that is called “quick remote viewing” choose 100 out of the amounts they offer. Now, when you do this test, they put a blank square on the screen and five pictures below. You choose the picture you think is going to show in that square.

Do the test the first time taking your time, study the pictures, imagine them in the square, pick the one you think it is. Go through all 100 (it actually goes rather quickly). Get your final score.

Now, do it a second time, only this time, as soon as the pictures pop up, let your hand pick where to click—take less than 2 seconds. Don’t think about this. Let only your hand choose. Now find out what the score is.

I’m curious to see how you do. Let me know your scores. I try to test on their daily and it helps me work my skills.

I’m hoping to devise a way to help people tap into their inherent psychic powers without all the “woo woo” magical/spiritual stuff. It’s really a very basic skill and everyone should be using theirs. It’s not for an annointed few. It's like ghost hunting finally coming out of the spiritual realm and into physical science's eye, I believe psychic ability is simply a fact of nature and not something paranormal in any way. Like any skill, practice and knowing your body's autonomic responses to right and wrong answers will tell you ahead of time which way to answer something.

We will soon discover that psychic abilities are in the body, not the mind.

Keep me posted! p.s. I did the test a few times today and did it the old fashioned way--studying my answers and second guessing myself--did very poorly!