Checklist for the Optimal Ghost Hunt 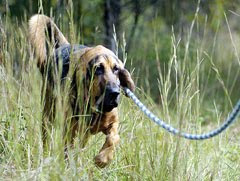 With all the variables involved in ghost hunting, the one that drives hunters the craziest is the “I went on a bad night” syndrome. We’ve seen it on “Ghost Hunters” show lots of times, the group sitting around talking to the four walls and knowing that when they review the evidence there will be nothing.

If there’s a Holy Trinity for ghost hunting it’s this: Place/Timing/Team.

Place: Optimal conditions are geology that consists of limestone, quartz, granite, shale, or sandstone (in that order). It’s not hard to find. Just Google for the state’s geological map. Honestly, if you’re hunting in Indiana, Illinois, Kentucky, Ohio, West Virginia, and Pennsylvania, don’t even bother to look at a map—those entire states are excellent conditions! The exception to this is active mining towns, which are also very active. Next, is the building constructed of stone or earth-based materials such as brick/block? If it’s frame, it better be in an active mining town. What’s the history of the building? The longer and more traumatic the emotional upheaval, the better. The Amityville house has poor construction, poor geology, and a one-time mass murder which was done without any forewarning—not an ideal set of conditions.

Timing: Yeah, it’s not just a crapshoot. There’s actually things you can do to plan a good night to hunt. First of all, disregard all moon phases—how much of the moon you see on any given night does not affect the haunting whatsoever. What does affect it is solar activity. When there is geomagnetic activity (reaction to solar activity) and geomagnetic storms, especially electron flux bursts, you’re in for a good night to gather evidence. The exception to this seems to be buildings that use a good deal of power, such as office equipment, microwaves, computers, in which case it appears phenomenon has a good chance of expressing itself. This is a tough situation, though. If you turn off the breakers, you better have geomagnetic activity going on that night. If you keep the power on, you better account for everything’s EMF and don’t even use spikes in EMF as measures of activity, it’s completely unreliable.

Team: The kinds of members you have are critically important. Every team should have it’s “caretaker” member. That’s someone who might be a nurse, a teacher, a parent, someone who can talk gently, coax, and be maternal/paternal in regards to communications, the gentle-hearted one who is “safe” to communicate with. You want to have at least two team members who have such a great friendship and comfort with each other, they can sit and shoot the breeze and attract curiosity from any presence over time (the Jason and Grant syndrome). Every team needs the silent ones who operate equipment, replace tapes and batteries, and are unseen as they capture evidence through video; they are not chatty and know to wait before moving around. Every team should have a member who is emotionally demonstrative. That’s a polite way of saying, you need a member who is depressed and moody. Doesn’t sound like a lot of fun, but this person has a place as an instigator or a source of attraction for phenomenon. Moods definitely affect a hunt and having a moody person is actually advantageous, preferably someone who is kind of depressed day to day; the “Debbie Downer” of the group (for those who watch SNL). You need a skeptic. Someone has to make you accountable for alternate explanations so you can focus on the real phenomenon and not chase random sounds in the corner of a basement filled with junk. You don’t need a psychic, but it’s optional. Be careful when you pick one. Most proclaimed psychics (I hate to say it) tend to like the spotlight and the drama. They feel they have to put out every single finding they sense, even when things feel rather dead and hard to read. A good psychic should be used like a bloodhound on a leash. Hey, I’m a psychic, and that’s my role when I hunt. I wander out the place, feel the active spots, and focus my time and equipment on those areas for efficiency. I don’t go into details about what I sense was there, how awful it was, all the torment, and rot. I simply state, “this is the spot, go for it!” Any interpretations a psychic gives you should be considered about 10-20% accurate. Yeah, interpreting is the most important part of psychic work and very few know how to read what they’re given. Back up anything they might report by checking libraries and city registrars and such for the history of the building. You need to be as skeptical of them as you are of evidence.

Okay, so I gave away all the big secrets. Now, go out and prove me right!