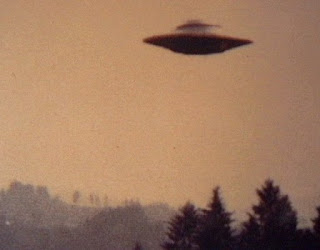 I tell you, some days I feel like a magnet for serendipity and everything weird just falls into my lap.

Today was one of those days. I was researching an urban legend of a region of Massachusetts called the “Bridgewater Triangle” when I couldn’t help but notice the same descriptions coming up that other sites around the US also report. I used to think these clusters of sightings and experiences were relegated to just the west, but apparently the east can get them too.

I love a puzzle, so my goal here is to write up these places, their reported events, and then check into the geology of the land and the history of it, as well. There are actually more places than these, but I looked for ones that had multiple similar occurrences.

I’d really like to get the opinion of my readers on these findings. Speculation is a fun hobby and I know ya’all are super great at that activity, so bring it on. I think we have a real earth mystery on our hands. I’ll put my 2-cents worth in at the end of this post.

This region is a 200 square mile area with a swamp smack dab in the middle. The swamp by early settlers was referred to as “The Devil’s Swamp.” There are lots of Indian burial grounds here and many conflicts between settlers and the Native’s. The land is granite. They have sand and gravel mining here.

If you want more in the creep factor, read this Wikipedia entry about it: “Among the recorded homicides are over a dozen confirmed murders in the forest over 1978 to 1988, as well as on-going police investigations in discovered mutilated remains of cattle and goats.Another gruesome discovery by Freetown police, following the report by the victim of a previous sexual assault at the site, was an underground bunker otherwise hidden from view. Upon investigation police found a number of strange objects, including small chairs with belts or restraints, seemingly made for children. Also found within the boundaries of the Bridgewater Triangle is the Dighton Rock. The source of great controversy, the rock contains a number of inscriptions by possibly pre-Columbian visitors ranging from Vikings, to Portuguese to Phoenicians (characteristics of each of these languages can be found on the rock.) ”

The Cherokee Indians 800 years ago reported these lights and they persist today. They are described in many different ways and have been studied by the geological survey. Still, no answers yet on what cause these lights along the Blue Ridge Parkway around Morgantown, North Carolina. The land is granite. There are gold mines in this area.

This ranch is on ancient Indian ground. Local Native Americans are very wary of going to that area. They don’t like the land at all, and with good reason. The owners of the ranch experienced a wide variety of strange and horrifying events depicted in the book “Hunt for the Skinwalker” (great book, by the way—cannot put it down!) The land here is sedimentary with coal and petroleum. There is petroleum and natural gas mining in this area.

Wikipedia creeps it up better than I could when they wrote: “Some Utes who live in the region believe the phenomena are related to a Navajo curse. Their folklore tells that the Navajo sent Skinwalkers to punish the Ute. The ranch is off limits to the Ute as they are reported to say, "The ranch is in the path of the Skinwalker."[2] Junior Hicks, a retired schoolteacher and local researcher living in the Uinta region, claims contacts amongst the Ute have told him that the Skinwalker lives in Dark Canyon, beyond the ranch, within a cave decorated with centuries-old petroglyph depicting Skinwalkers[citation needed]. Another general explanation is the intrusion of alternate realities, parallel universes, higher dimensions, or rips in spacetime, which may be connected with the orange portal. Both the Apache and the Hopi have folk traditions which might be interpreted as depicting travel between different dimensions.[1] This explanation might explain the diverse array of phenomena encountered at the ranch, but is problematic given the current lack of understanding about time travel and quantum physics.”

This is an area of southern Indiana known for strange paranormal phenomenon. Known as a great place to look for UFOs, this area also has reported many other weird occurrences. Locals believe this might have something to do with Indians and burial grounds. Strange creatures, cattle mutilations, weird lights, and UFOs. What more could you ask for? The land is shale and sandstone. There is coal mining in this region.

Other places exist, such as Marfa Lights, Cleburne County Alabama, Sedona, and more, but these ones really caught my attention for their similarities. Do you note a running Native American/geology theme? Granite, sandstone, mining areas, and limestone—all very related to haunted places.