Noctophile: Lover of the Night 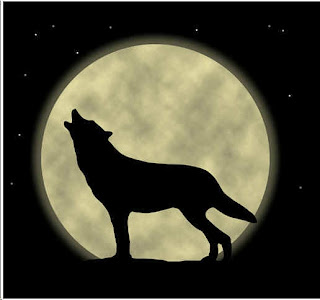 It’s probably not a natural thing for a child to like the night, but my love of nighttime had so many influences, it’s hard to tell exactly when I found it a fond companion.

At one point, I do recall having the screen porch bedroom. It was upstairs, a newer addition to the ancient house. It never had any haunting activity, but it did have huge wrap-around windows. From there, I had full view of the nighttime property, the beautiful gardens, the orchard, the outbuildings, the swaying walnut, willow, sycamore, and honey locust trees and my lonely tire swing bouncing in the breeze. If I turned off my lights, I could see deer grazing near the creek and the occasional raccoon scurrying up a tree nearby.

I became extremely aware of the moonlight and its play on the landscape. I sat there in my room staring out longingly for a world where five kids weren’t fighting for space. A place where I could break into full run and enjoy myself without being seen by prying eyes and family members telling me to leave that old pear tree alone and don’t break through the boxwood gardens and stop throwing stones at that wasp’s nest.

Yes, I’m certain that was the first hint that the night held all the productivity that the distractible day and the humans occupying it could never achieve.

Sometimes, the night was about independence. Having those rare friends over who were brave enough to stay in a haunted house, we’d own the downstairs for the night, TV blaring, painting toenails, talking about boys. Well, at least I was. I was always talking about boys. They were that other thing like the night that was forbidden to explore but held so much beauty and mystery.

I was perhaps 9 or 10 when I first decided to sneak out at night. It was a full moon and the boxwood maze out front looked like a wonderland from up above. Donned in my white flannel gown, I dashed in and out of the “rooms” within the maze like some ghostly wraith. One harbored rose bushes, their scent at full force in the dewy night. Another room held raised flowerbeds where strawberries had yet to be picked. I found a large room within and laid down on the plush grass and sighed, studying the moon. He was my witness that night and He seemed to wink at me through some thin clouds, so I assumed I had His approval to be there.

We developed a relationship of sorts, the moon witnessing my every nocturnal foray like a heavenly babysitter. The next time in the summer, I slipped out to the grape arbor. An ancient 40-foot structure completely encased in elderly grape vines bursting with so much sweet fruit it smelled sickening. I sat within and ate a few grapes while the moonlight dared to peak through the leaves and paint my legs and arms in lacy patterns, fascinating me with the bejeweled look of it.

I decided then and there that I was the queen of the night, my little secret world. I ruled it completely and gently, admiring things I never took time to enjoy in the daylight. I visited the barn and the tree fort in the apple orchard, the back boxwood maze, and the creek. I was an equal opportunity explorer, getting braver with each venture out. I encountered the other timid creatures who knew to stay away from humans in the daytime, as well. They regarded me with suspicion but allowed my presence and so I felt strangely honored. I was one of them now, a creature on the prowl for whatever the night might offer that the daytime denied.

The little pagan in me felt more herself in the cloak of darkness when everyone else was unconscious than at any other time. During the daytime, I vied for attention from my overstressed parents and elbowed my siblings for space and worried over everyone else’s feelings as only the youngest child can do. I didn’t have to be anything, get anything done, attain anything, or consider anyone else when I had free run of the property in the nighttime.

Then, in a moment of midnight madness on a chilly autumn night with a full harvest moon, I paced down the center of the boxwood maze, studied the glowing orange moon so huge on the horizon, and gazed at my long shadow. In an act of complete and utter abandoned and reverence, I shed my robe and exposed my bare self to the moon as if He were the only one able to discern my soul.

Awaiting some wild crescendo of music to envelope me, I stood there not feeling the cold air around me, not hearing the rustle of autumn leaves on the crabapple tree, but sensing it. Something silent. Something life-changing. I was no longer a visitor of the night, I was now a participant.

The moon’s light was enough to warm me, the grass enough to soothe my bare chilled toes, and the bushes around me protected me from the winds, and I felt like I’d come home and I was accepted and I was important to the dance of the night. Without me, there would be no witness to the march of the nighttime towards the day. I was a part of something bigger, something natural, a pattern of sorts. One never saw the moon get angry and stomp away not to come out the next night. What an amazingly beautiful and unconditional thing nature was.

All you noctophiles out there, when did you fall in love with the night?