Is There An Aura About You? 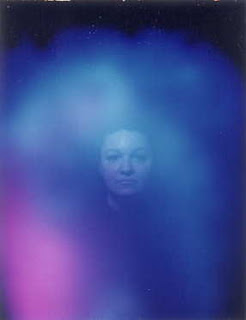 Although no actual scientific evidence exists proving an auric field surrounding all living things, psychics persist that there is, in fact, what appears to be shining lights surrounding us and by examining the colors they are able to discern our moods and well being.

I have to admit that yearly since way back in the mid 90s, I’ve gotten one aura photo done a year. I do this up in Sedona at a cute little new age shop across from T’Laquepaque. Depending on the person reading the aura, I get many different responses. One time, the woman proceeded to tell me I was burned as a witch in Salem, to which I responded, “weren’t they hung?” Hmm… So, you never really know what kind of an intuitive will be reading your aura. If you’re lucky, you get a super insightful one.

Whether there’s any validity to this Kirlian photography, I’m not sure. I do know, however, that human bodies give off a certain amount of electromagnetic energy. Whether this is what is shown in this photographs, I can’t be certain. Disputers of the efficacy of aura photography say that body temperature (like a mood ring) is what is being captured. If your hands are warm, they are likely to produce a different color than cold hands.

I’ve studied my photographs extensively over the years. My very first one scared me, it was a deep red. I thought it meant I was mad. Apparently, it meant that I am very strong and am survival-oriented, which was probably a pretty accurate description. One year, I prepared by meditating on having as many spirits enter the photo with me as possible and got tons of white dots all over (they claim this is spirit activity). Another year, right after my brother passed on and I felt his presence over my right shoulder, I got the photo taken and sure enough, there was a white human-shaped glow over my right shoulder—at his height too! (photo above) The indigo apparently is spirituality and third eye/psychic abilities and the white is spirit. One time I decided to meditate on the real me, without all the bullshit and the roles I have to play and the hurts and injuries of the past, just the real me when nothing was in the way. The entire aura was green. Apparently, this meant I was an extremely loving person who loves people and nature. That was pretty darned accurate as far as my core goes. I get hurt by people and I just get up and keep loving, don’t know any better, don’t take it personally. One of those people with a really tender heart and won’t change it for anyone or any life events. They liked it so much, they photocopied it and hung it up. Seemed kind of lame to me to be just one color, but whatever floats your boat. Yet, another time, I looked to a certain spot in the room and said “this is where I get my psychic information” and sure enough it was indigo with a white ball of energy in the middle.

Coincidence? I can’t really say, but when I go in there with my friends, I tell them each what color I know they’re going to have (knowing what’s going on in their lives and their personalities) and once each has gotten her photo, we sit together while they’re developing and have the woman interpret them with the others listening so we have witnesses who remember what was said. Sometimes the readings can get so deep, we forget all the details. Sure enough, my color guesses are spot on. What am I picking up? I have rarely seen aura’s so much as a hazy mirage-like glow around people but without colors so much. One time, I do admit a work crew was cutting huge pieces of our tree off in the yard and I looked out to see them pulling the pile of limbs away and I looked up and saw the entire tree intact. I knew it couldn’t be, so I closed my eyes and reopened them and it was gone. I believed I was still seeing life extending from the tree like a phantom limb—literally.

I am reminded of that exercise that’s taught to those learning hands-on healing. You put your hands in front of you cupped as if you’re holding a small ball on both sides. Push against the ball and feel a tiny bit of pressure as if there is a real ball there. Continue doing this, slowly taking your hands out further and further until you can no longer see the ball anymore. Are you feeling your aura? Does the reason people need personal space from others because they don’t want their aura rubbing up against another’s and being “polluted by it?” Can our bodies actually read other energies from people and decide we don’t like them upon meeting them, but not know why? Yet more questions to ponder.