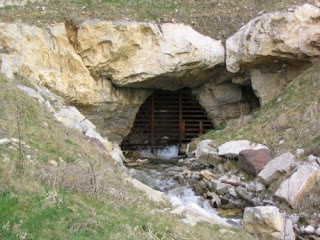 How many times have you started a “google” search only to be led on other pathways until you have no idea how you started out? Today was one of those days. I went looking for something about vortexes and ended up finding out about a culture of people who believe in a massive underground network of tunnels that link countries around the globe and perhaps are associated with UFOs and reptilian folks.

You know where I’m going with this (like a dog with a bone).

I’m fascinated with any kind of conjecture, so I began to search for more about this fascinating concept. Chapter four of the book “In Search of Shambhala” by Mary Sutherland tells of places around the world where cave entrances lead to a network of caves that once were all interconnected; however, some supposedly were ruined by subterranean activity over time. The locations are interesting and the Mt. Shasta site is linked to reptilian people and Bigfoot. Honestly, after reading about this stuff, all I can do is imagine the fascinating worlds a special effects person could enjoy in creating this plot for a movie.

Some report that the descendents of Atlantis inhabit it, others claim they are bases for extraterrestrials.

It goes even further into conspiracy when reports surfaced of a man claiming to know that there are huge caverns under California and much of the land floats atop of ocean-filled hollows in which a nuclear submarine even disappeared. This is referred to as the “Underground Empire”

There’s been a lot of talk about underground bases and UFO relationships with these places from Nazi Germany’s history to the New Mexico desert. “UFO Hunters” show has covered this aspect several times and each time just as exciting and tantalizing as the last. I hope they continue to cover the subject.

If you’re interested in this Hollow Earth Theory, here’s a great page with loads of links on interesting aspects of the theory. As always, I'm curious what your take is on this subject.