Geomagnetic Effects on the Human Body 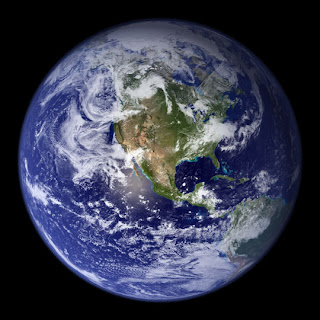 Did you know that studies have shown that at times when there is solar activity and resultant geomagnetic activity on Earth, more people undergo psychiatric issues and hospitalization? The term “lunacy” has always been associated with cycles of the moon affecting a person’s state of mind, but it appears we might need a new term for this phenomenon, how about “geomagneticopathy”? Or “solarcy?”

In my studies of the 50 haunted places, I found very strong trends in more well known haunted sites with lots of activity existing in certain geological conditions, along with certain construction materials. I began to wonder if perhaps (note, I am not a scientist), geomagnetic changes can be attenuated better through certain types of geology like limestone, shale, sandstone, granite, and quartz as were the geological conditions that had high incidences of haunting. And, what if the human body or the environment reacts with it to make connections with the paranormal more possible?

Now, my studies have taken me off in the direction of geomagneticism and its effects on human beings. I have found from my notes on ghost hunts that nights with a good deal of activity always correlate with solar/geomagnetic activity, especially electron flux alerts.

Scientists have just learned that migrating birds can actually see magnetic activity of the Earth and the helps guide them in their treks. As earthbound humans, we certainly must have some reading on the electromagnetic activity of our own planet. Our bones certainly let us know when barometers drop. Some of the noted sensations in haunted sites include that crushing skull feeling and “heavy” sensation that accompanies a drop in barometer; often a forewarning of activity about to occur.

Can it be that, in the right conditions, our bodies are affected by geomagnetic changes and we are able to interact with activity, perceive activity, or perhaps even create activity with our own body’s psychokinetic capabilities?

Scientists have been able to correlate changes in geomagnetic activity with altering melatonin in the human body, a necessary hormone for the sleep state. Have you ever had a weird night’s sleep and strange dreams and tell someone else and they report something similar that night? It probably isn’t coincidence. Geomagnetic activity could be the culprit.

The part of your brain associated with psi (psychic) activity is the pineal gland and it has been observed to react to geomagnetic activity on Earth by affecting melatonin levels. This part of the brain is also affected by EMF (that wonderful ghost hunting term for electromagnetic fields). See the correlation here? This article further discusses the correlations between PSI abilities and geomagnetic activity. It also discusses sacred sites and dowsing in relation to EMF.

I haven’t come to any conclusions yet about these things, but one thing I am sure about is that the direction my studies have been going seem to definitely be interrelated. What the final conclusion will be…don’t know yet. I would really love to hear some of your conclusions, as well. We'll learn a lot more, the more we toss out ideas back and forth.

If this subject fascinates you and you want to know more in depth about archaeological correlations with geomagnetic shifts, consider reading this very good article. Now, if you’d like the Sunday paper’s review version of it that’s brief and easy, try this one.