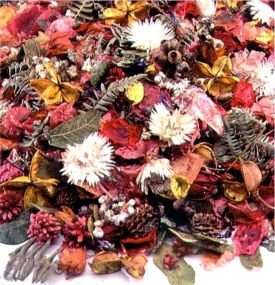 This is the second in my series about the senses and debunking. Scent is one of the most common reported haunting features. The smell of cigar/pipe smoke, rosewater cologne, and sulfur are three frequently reported scents. People most often report sulfur as the smell of rotten eggs or the scent of a recently lit match. A popular theory is that’s the smell of evil, as in “fire and brimstone.” Biblical themes aside, that is a very offense and distinct smell that makes most people back off real quick. The smell of rosewater is associated with female ghosts and its origins come from the a popular fragrance historically. Cigar and pipe smoke are most associated with male ghosts.

The issues I have with scent are that they are very subjective. If you’ve ever had the chance to get a full neurological workup, they actually wave scents under your nose when your eyes are covered. Without the context of being able to see an object and anticipate its scent, it’s actually kind of a weird thing to do. I had someone conduct the test on me out of curiosity. I thought the smell of rubbing alcohol was ammonia and the scent of coffee was chocolate at first, then I backtracked and came up with the right name, but without seeing it, I didn’t know what would come next. When you walk through a building, it’s very much the same. You aren’t expecting to be assaulted by scents and sometimes they can go by so quickly that you don’t realize what it was.

Scent also can be absorbed in woodwork and fabrics and released with the right humidity or physical contact. My mother was a smoker and when I would visit her home where she hadn’t been able to go upstairs for years because of her ailing health, the woodwork up there smelled like smoke if you rubbed your hand on it or scuffed your feet on the floorboards. The oils from tobacco smoke can really stain the surroundings for years and years, penetrating far into the wood and wallpaper. Scents can be carried through bathroom vents, oven hoods, and like in my neighborhood, the dryer vent that goes outside, making the neighborhood smell like—gag—synthetic dryer sheets all day long. Rose scents, as well, can be caused by cleaning agents or other forgotten scents like plug-in's and air sprays.

This story is about one of those situations.

I was invited to a baby shower and it ended up being a very small group of women, about 5 of us all together. The woman having the baby was in her mother’s house for the shower and she said she didn’t like being there. She thought it was haunted.

I looked around the nice home and found it hard to believe, but then it was about 30 years old, certainly old enough to have history, and it was on the foothills of a rocky mountain, so it might have had some geological issues.

Taking the request seriously, I listened to her tell me that she was accosted by the scent of roses and worried it was her grandmother, a woman from the Old Country that she was frightened of as a child. The woman practically bathed in rosewater. I asked if grandmother had ever been to that house and she said that she had spent her last months there before she passed on.

So, I had a place with potential good geology, relative who died there, someone who wore rosewater. I tried not to get excited. These things have a way of explaining themselves and then I feel foolish, but I couldn’t resist, so I pursued a cursory investigation.

I walked around the room where she caught the scent. She pointed to the areas in the room she smelled it. I stood there and paced between the spots and looked around. This was a huge living room and there were no cleaning agents, no plug in scents in the walls, and her mother never used air sprays because her sinuses were sensitive to aerosols.

I walked up to the wall and studied the air-conditioner vent. The family had put an open bookcase in front of it, perhaps to hide its ugliness on the wall. I studied the pictures and godawful chachki’s and thought to myself, “Feng Shui alone, this place should be haunted.” I fingered a picture on the shelf.

“That’s her.” The pregnant woman shuddered.

I sighed. This was looking promising, but why would the woman just be leaving her scent in the living room? Shouldn't it be the room she was convalescing in?

“Where did she die?”

“The hospital. Near the end, my mom couldn’t take seeing her pass, so she had her go in the hospital where they could give her the pain meds.”

I lifted the items on the shelf, opening a little glass container that had a key inside. I didn’t see anything that could be causing the scent. I thought after seeing the vent in front of the bookcase, I had solved the puzzled. Then, my fingers grasped the edge of a basket that looked empty. I pulled it down from up high and felt something shake inside of it. I looked in to see it was filled with seed pods and rose petals. I inhaled.

“Oh.” The woman blushed as I held the basket out for her to smell. She shivered. “Yeah, that’s it.” She nodded briskly.

We put the basket on the shelf which was directly in front of the vent, and turned on the air conditioner. Wham! Within a few minutes, the spots in the center of the room where the air was directed carried the scent.

My suggestion to her to feel more comfortable there and change her mind's associations? Put grandma’s scary picture up on a higher shelf (she was a petite woman so she wouldn't be able to see it) and fill the potpourri with something not floral, maybe a cinnamon or pine scent.

It’s not always this easy, but perseverance is key. It had all the elements for a real haunting, but I tried not to let myself get too excited. Sometimes people put things together to make them fit. When she smelled the rose scent, she thought of grandma, and then she remembered she was there when she was dying and all the feelings associated with that. Hence, the scent had to be grandma.

First, we work in the physical world we’re acquainted with and when we’ve tapped that, we can start to explore the paranormal world for answers (at least, that's my method).

I have had some of those phantom scents completely out of the proper setting. But, it’s a very difficult thing to detect because they are fleeting and because air can carry scent amazing distances in the strangest conditions, mixing with other local scents and creating something out of place.

My advice? Keep your nose to the grindstone when debunking a haunting. Scent is very low on my list of proof of hauntings, but if you’re lucky it might be in a place that divulges other activity, so don’t stray. Investigate vigorously once you’ve found there’s no other possible source for the scent. This can sometimes be your place marker for a haunted spot.