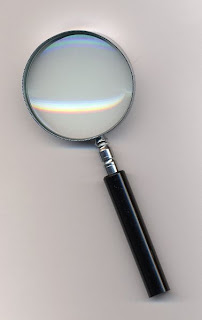 I’ve been writing this blog for quite some time about ghost hunting theories and have failed to give the side of the skeptic.

As many things as I’ve experienced of an unexplainable nature, it’s hard to believe it, but I really do understand the skeptic’s viewpoint. A skeptic’s viewpoint is based on science that we know. He’s most likely to repeat Occam’s Razor, a theory that basically says that “the simplest explanation for a phenomenon is most likely the correct explanation.” (Wikipedia simplification)

There is something similar in my industry (medical field) that doctors use in making differential diagnoses. It goes like this; “When you see hoof prints, think horses, not zebras.” I use it my work as a transcriptionist every day when a doctor sounds like he’s saying something quite elaborate and important and it ends up being something very simple. For example, my first day on the job in the early 90s, I heard a doctor say “the patient was 100% on room air.” I spent a good half hour looking for something that to me sounded like “rumair.” I wondered if it was some kind of breathing apparatus. No one in school had taught me the practical sides of transcription and the usual objective exam used by physicians in their wording.

These principles don’t have to be thrown out because one ghost hunts. They are extremely important in debunking. A true skeptic, however, would have you continue to debunk until you make things fit when they are actually unexplainable by any means known to those witnessing the phenomenon. It’s sort of the “UFOs are swamp gas” scenario. They’d say “it’s the house settling” or whatever excuse they must to dismiss the claims without further inquiry.

Skeptic’s are quick to explain that humans are poor witnesses. They hear things out of context, jump to conclusions, make correlations where they don’t appear. Just the process of matrixing, when folks seen shapes in common objects like a leaf on a tree or a reflection on a windowpane, are fine examples of how fallible we are. However, enough human witnesses can convict a person to a death sentence, so there is something in the body of our senses that is right and just.

Whereas skeptics say that ghost hunters are clouded by the belief in an afterlife and seek proof, they themselves are prone to not believing in an afterlife and so therefore any proof must be refuted. This is like the battle between evolutionists versus creationists. So long as someone’s ego and belief system are at stake, no progress can be made in the field. A skeptic is mired by the lack of belief in anything that hasn’t been discovered yet, the believer is often times mired in a belief system that says there is an afterlife and souls are trying to communicate.

I think I’d personally place myself as a seeker of the truth. I have nothing personal to gain or lose one way or the other if there is proof of afterlife or not, souls or physics. I simply want to know why phenomenon?

More than likely it will take someone coming along with the caliber of Einstein in the world of the paranormal to actually find a way to marry the two theories together in a way that explains through physics why something of potentially a spiritual nature could be manifesting in the physical world.

If you hear a loud boom and don’t investigate, you could be parked right next to a neighbor’s house engulfed in flames after a gas explosion. If a skeptic says everything is explainable and doesn’t investigate, then he’s done a disservice to his own belief system, just as a believer in the afterlife and ghosts as spirits is doing a disservice when he doesn’t debunk what he can by explainable means.

If we get past the believers and the nonbelievers and enter as investigators, this field will make leaps and bounds. I’m excited about being involved in it at this time in the world. I think we’re ready for answers. I think we’re ready to set egos and belief systems aside and really ask ourselves, “how can we weigh and measure this phenomenon and then go on to explain it?”

There is definitely a place for skeptics in debunking and a place for believers in accepting phenomenon, and hopefully a middle space filled with those who wonder, ask questions, and feel they don’t know it all yet.