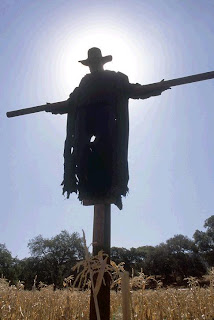 I’ve compiled a list of some of what I consider to be the most chilling moments in horror movies that really were disturbing. There are several candidates for each category. I’d love to hear your scariest moments too.

Saw II: When they throw the woman into the vat of syringes

House of Wax: When the man is made into a wax figure while still alive, shaved and then poured with wax and left alive under the wax coating

Hills Have Eyes: Dad strapped to a cactus and burning.

Halloween: When the babysitter climbs into the car and the windows are steamed up and Michael strangles her as she hits the horn.

Jeepers Creepers: When the brother and sister see the Creeper throw something down the pipe and drive by slowly. The Creeper comes around the corner of the church and stands there staring them down—aware that now they know his secret. (To me, that one really does it the best!)

The Haunting (1963): When Nelly and Theo are locked up in Theo’s room and it’s pounding on the door and Nelly screams at it.

Jamie Lee Curtis in the closet on Halloween with only a hanger as a weapon.

When A Stranger Calls: When the cop calls back and tells the girl the man is calling from inside the house.

The Changeling: When the man replays the tape from the séance and hears the ghost’s voice.

The Fog: When the DJ’s lighthouse is infested with ghosts in the fog and she must climb onto the rooftop.

Cloverfield: When they’re in the dark tunnel and the “things” attack and they can’t see them.

Silence of the Lambs: When Jodie Foster’s character finds the killer’s house and is in the dark and the killer can see her with his nightvision goggles.


The best “we’re in the boondocks now” moment:

Wrong Turn: When the group comes across the hillbilly shack and all the car parts and human parts therein.

Hills Have Eyes: When they stop at the gas station near the beginning.

The best “This would be how it’d go down in real life” scene:

Signs: When the brother is watching TV in the closet and wanting to watch and not wanting to watch the CNN-like footage of an alien filmed at a birthday party. It was one of those – this is how it would really go down moments!

Poltergeist: When they set up the equipment and watch the ghosts march down the stairs.

Cloverfield: When they're filming at the party and the monster attacks, the scene through the lens.

Poltergeist: When the clown doll attacking the kid and the tree taking him out through the window.

The Changeling: When the boy comes through the floorboards and the kid screams.

Dead Silence: When the man comes home to find his wife dead and the doll moved.

It: When the clown was down in the storm drain enticing the child.

The scariest, “I’m afraid to peak out and see what it is” moment:

“Sixth Sense” when the kid hides inside his blanket fort, but still manages to go face-to-face with a ghost.

“Darkness Falls” Near the beginning of the movie when the kid is under the covers waiting for the tooth fairy.

The Scariest facing your tormentor moment:

Legend of Hell House when Roddy McDowell’s character faces off with the ghost in the chapel and torments him back.

Jaws: When the sheriff is on the boat’s mast aiming the harpoon gun at the shark.

Friday the 13th: When the girl faces off with Mrs. Voorhees and chops her head off.

Jeepers Creepers: When the siblings face the monster in the police station and the sister begs him to take her instead of her brother.

Legend of Hell House: When the ectoplasm forms.

The Changeling: When they do automatic writing and record the voice.

Poltergeist: Talking to the kid over the TV set.