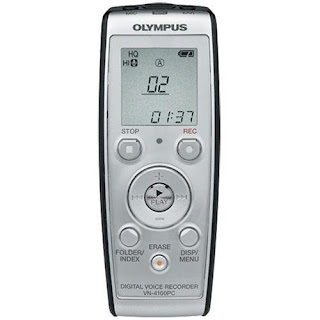 EVP (electronic voice phenomenon) is the supposed capturing of spirit voices on a recorder that aren’t heard by the human ear at the time of the recording. I readily admit that EVP is not an easy thing to gather in the field or evaluate.

There are several obstacles to getting good recordings. The most obvious is sound intrusion. Most sites I’ve been to for study have been too noisy to gather EVP because of road/aircraft sounds and the cries of children playing in the street, and other things that could be interfering.

It would be nearly impossible to set up an environment for complete clean capture by the simple fact that our airwaves are filled with signals from radios to CB’s, from cell phones to satellite phones. A recording device is a receiver and so therefore we can’t really be certain we’ve captured a ghost’s voice. It would take a scientifically designed special room with shielding to get an accurate record. That’s an experiment I’d like to see someone install in a building with a history of a lot of EVPs.

In the event an EVP does truly appear to be a response to the spoken words of the living, it is still impossible to tell if that apparently intelligent voice is a spirit’s voice. There are many other explanations that can include psychic projection, interdimensional, as well as outright fraud. For that reason alone, I wouldn’t use EVP as absolute proof of a haunting, if a haunting is defined by the public as “visitations from the souls of the departed.” However, in the context of other findings at a site, EVP can help to influence the decision that a site is experiencing paranormal phenomenon.


Class A:
A clear and distinct voice or sound that is universally accepted and undisputed, by anyone listening to it, and does not require audio cleaning or editing. The specifics of what is being said in the EVP is understandable by everyone listening, without being told or prompted beforehand what words or sounds to listen for; in other words a clean and articulate EVP. This is also one of the hardest EVPs to capture; most EVPs out there are typically grade class B or C.

Class B:
This class of EVP is more common and can be heard by most people; especially after being told what to listen for. However these recordings may require some editing or cleaning to pull out what is being said. The more experienced the investigators the less trouble they have locating the EVP within the recording. People will often have differing opinions on what is being said, what the noise is, or may not even be able to understand it. But the sound should be fairly clear and words should be fairly understandable to be a placed in the "B" category.

Class C:
This is the most commonly captured EVP. These are commonly clips that have been cleaned, edited, cleaned again, and is still are a mess. Most of the time the sounds or voices present themselves in a faint and whispery tone or that can barely be heard; sometimes even totally indecipherable and unintelligible. However, if the investigator, or team, is 100% sure that the EVP came from an empty room, or is not the voice of a fellow investigator, it can still be labeled as an EVP; just not a very good one.


If you watch “Ghost Hunters” show, you’ve probably heard a lot of Class C’s that usually sound like noises rather than voices, quite a few Class B’s that sound like words but are hard to make out, and only a couple Class A’s that are very clearly spoken words easily identified. I won’t even comment on Class-R, as I didn’t buy into messages played backwards on LP’s in the 70s anymore than I am on the notion of playing a recording backwards to hear a ghost.

You now the Class A because everyone at once knows precisely what was said. There isn’t any question about it, no one is hearing it differently. Class A is also the very hardest and rarest to capture.

Class B is the most common of the exceptional captures and it is clear to the listeners it is a voice speaking, but the exact wording can vary a great deal. There was an episode of “Ghost Hunters” in a family’s home when the parents were listening to the EVP and the mother thought it said “we’re chasin” and the father thought it said, “who’s Jason?” The team agreed that they heard “Who’s Jason,” but they had to prompt her to discern those words, then she heard "Who's Jason?"

On that same episode; however, there was the obvious sound of a child humming in that way they do when they’re busy playing with their toys. That was agreed upon by all and would be classified as a Class A, just as the sounds of booted footfalls might also be clearly understood by the listeners.

Class C is so very common that I usually erase these from my files. When you can’t even tell if it was supposed to be language, it’s a very poor EVP. It amazes me to listen to other’s EVPs when they think they clearly hear words in what sounds like ambient noises.

As a medical transcriptionist professional, I have always adhered to the saying used by doctors in determining differential diagnoses, "when you see footprints, think horses, not zebras." I have listened to thousands of reports swearing the doctor is saying one thing only to have someone else listen to it and hear something completely different. I understand how the mind picks up consonants and vowels and syllables and can focus on one alliteration, ignoring all else.

Although I’m intrigued by EVP findings when they get captured, which is fairly rare, it would take a Class A for me to be truly excited. Even then, I would want to know what context these words were uttered to see if they resemble intelligent interaction or coincidence. It’s not a clean source of evidence gathering, but with enough of these lined up together in search of intelligent interaction, they could show their true efficacy over time.